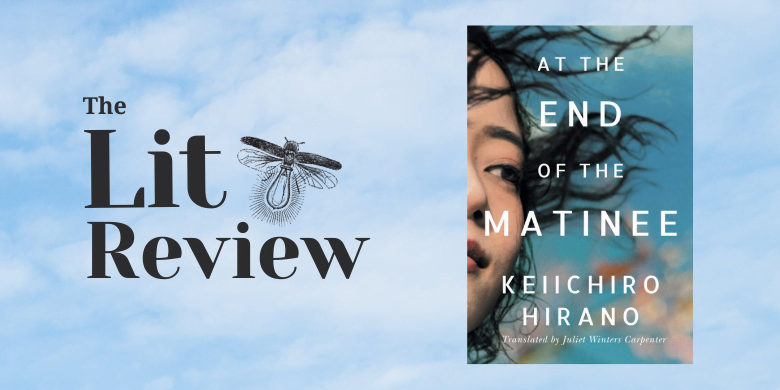 If there is a lesson to Keiichiro Hirano’s At the End of the Matinee, it is this: love endures. A quiet romance replete with all the clichés, Matinee can, nevertheless, resonate with the right reader at the right time. It is also a reminder that however much love can strike one like a bolt of lightning, a whole series of accidents and happenstances need to fall into place in order for love to work.

Matinee is the story of two people, Satoshi Makino and Yoko Komine. The former is a genius classical guitarist and the latter a renowned journalist. The two meet entirely by chance as they both reach what would be the first apex of their respective careers and were immediately drawn to each other. Their time together at the first meeting is short, but they would build their relationship through emails and video calls, finding succor in the company of the other even as they find their individual powers starting to wane.

But the course of true love never does run smooth, and the very deliberate intervention of Makino’s jealous suitor proves insurmountable for the pair. They separate and life goes on. They find new partners, start families but neither can shake the feeling that something essential is missing in their lives. They eventually come to know of the sequence of unfortunate events that had led to their break up, which brings with it some comfort. They are drawn again to each other, but has too much time passed, for better and for worse, to pick up where things had left off?

There is little that is new in Matinee but the old-fashioned charm it does possess makes for a refreshing read. The lovers are earnest and uncomplicated, and the relationship is derailed only due to the highly unlikely and malicious intervention of a third party, whose only function in the book, really, is to do just that. There are no last minute dashes to the airport—

He didn’t want to do anything that drastic—or rather, he didn’t want Yoko to put him in the position of having to do something that drastic… he had the painful feeling that going after her would not only make him into [sic] a pitiable figure but the fact that she’d made him go might also lower her ever so slightly in his estimation.

—because, let’s face it, those Hail Mary passes never work. Lofty discussions are liberally scattered throughout the dialogue to remind us that our lovers are forces of nature to be reckoned with, wholly constituted with intimate knowledge of Bach, art house films and philosophy.

It will be difficult to imagine At the End of the Matinee standing as a testament to the endurance of love or as a story of romance par excellence but there are certainly layers in the book that deserve further attention. There are pleasures to be had from the story, and the loftiness is told well enough to be interesting and only occasionally hint at their being artifices for a more profound truth. Worth picking up together with a nice chardonnay from the left bank.

Category: Lit Review
Tags: at the end of the matinee, book review, japanese fiction, keiichiro hirano, lit review
Join Waitlist We'll alert you as soon as the product comes back in stock! Please leave your email address and quantity sought in the fields below.