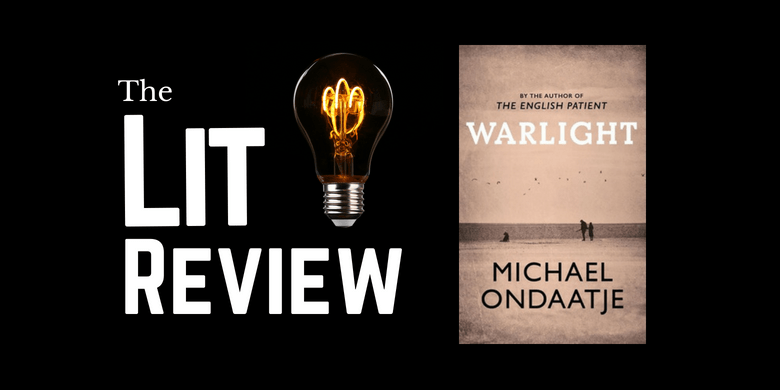 Who: Michael Ondaatje is a Sri Lanka-born Canadian poet and novelist. He is the recipient of multiple literary awards including the Governor General’s Award, the Giller Prize, the Booker Prize, and the Prix Médicis étranger. His 1992 Booker winner, The English Patient, won the  Golden Man Booker Prize in 2018. Warlight is his latest novel, and it is longlisted for the Man Booker Prize 2018.

What: It is 1945 Britain. Siblings Nathaniel and Rachel Williams are told one day after breakfast that their parents will be moving to Singapore for their father to take up a new post at one of Unilever’s regional headquarters. They will  remain in Britain under the care of a family friend, whom they know as The Moth. Their father leaves first before their mother, Rose,  is to join him later. In the last few days with their mother, Nathaniel and Rachel — or Stitch and Wren, their mother’s nicknames for them — learn that Rose, code-named Viola (“Ours was a family with a habit for nicknames, which meant it was also a family of disguises”), may not have been entirely truthful with them.

Dropped hints of her wartime contributions with the Moth suggest a mercurial, can-do intelligence agent that belies her current guise as a quiet, retiring homemaker. These suspicions are validated when, upon her departure, the children discover her travelling trunk hidden in the cellar of their home. Effectively abandoned, the children then turn to the enigmatic Moth and his group of eccentrics including a former beekeeper, botanist and welterweight boxer known only as The Pimlico Darter.

Narrated by Nathaniel years later, a significant portion of the first part of the book has to do with his coming-of-age under the tutelage of these people, chiefly the Darter. The Darter, a former boxer and small-time greyhound smuggler and tout working the local racing grounds, introduces Nathaniel to the backwaters and byways of post-war London and engages his help in smuggling racing dogs from France on a modified mussel boat through the Thames. Then there’s Olive “Not Just an Ethnographer” Lawrence who was instrumental in plotting the Normandy landings of D-Day, and a spy haberdasher filling out the Moth’s motley crew responsible for overlooking the Williams siblings.

But there is intrigue afoot, and everything comes to a head one evening at the Bark Theatre when he and Rachel are kidnapped. Rose re-emerges to save the children, but the encounter does not end without loss. Rachel, still smarting from their abandonment, severs ties with her mother while Nathaniel, perhaps more sanguine in his personality, remains with Rose. The rest of the novel sees Nathaniel slowly unravelling more of his mother’s background while he comes to terms with his own history.

Why: Warlight is a story of memory: of the things we remember and the things we choose not to remember for the sake of self-preservation and of making sense of who we are. It is a story of the consequences of the choices we make and the consequences of the choices made for us, all taking place within the backdrop of a post-war world where intrigue remains the watchword for the day. Warlight is also a reminder that ‘truth’ is always a heavily edited narrative, and that competing narratives can result in antagonism and division.

The novelist Yiyun Li admits that she has a troublesome relationship with time as memories “tell more about now than then”. Memories are thus untrustworthy companions, especially as, Nathaniel says, “I know how to fill in a story from a grain of sand or a fragment of discovered truth… We order our lives with such barely held stories.” Nathaniel’s “barely held” stories, which make up the first third of the book, are remarkable, but are perhaps incomplete as there “was just warlight and only blind barges were allowed to move along this stretch of river”.

The lack of continuity and the dramatic slowing of the momentum in the final two thirds of the book smothers the high adventure of the first third with nostalgia and sentimentality. Nathaniel takes a back seat, and the main characters seem to shrink into caricatures. But it is perhaps precisely because he consciously occludes himself from the narrative that we see Ondaatje’s world with greater acuity, where the world is lit with more than just warlight. But this clearer world is not necessarily a more enlightening one, nor it is particularly interesting one even though Nathaniel successfully pieces together his mother’s intelligence intrigues.

The Guardian’s Alex Preston describes the progression as a “knit into a work of fiction as rich, as beautiful, as melancholy as life itself, written in the visionary language of memory”, but more striking to me was the imbalance in the book. The shift in gears from first to second to third was jolting, as if Ondaatje could hardly wait to get done with the genre-fictionesque spy thriller to get back to slow, overwritten sepia-toned reminiscences of the past.

While the heart of the story is in the second and third parts of the book, it is the first part of the book where Ondaatje shows, unlike his previous writing, that he is no slouch in creating rich textured environments and characters, and pacey action sequences.

Verdict: While intriguing at times, the book feels imbalanced overall. (6.5/10)