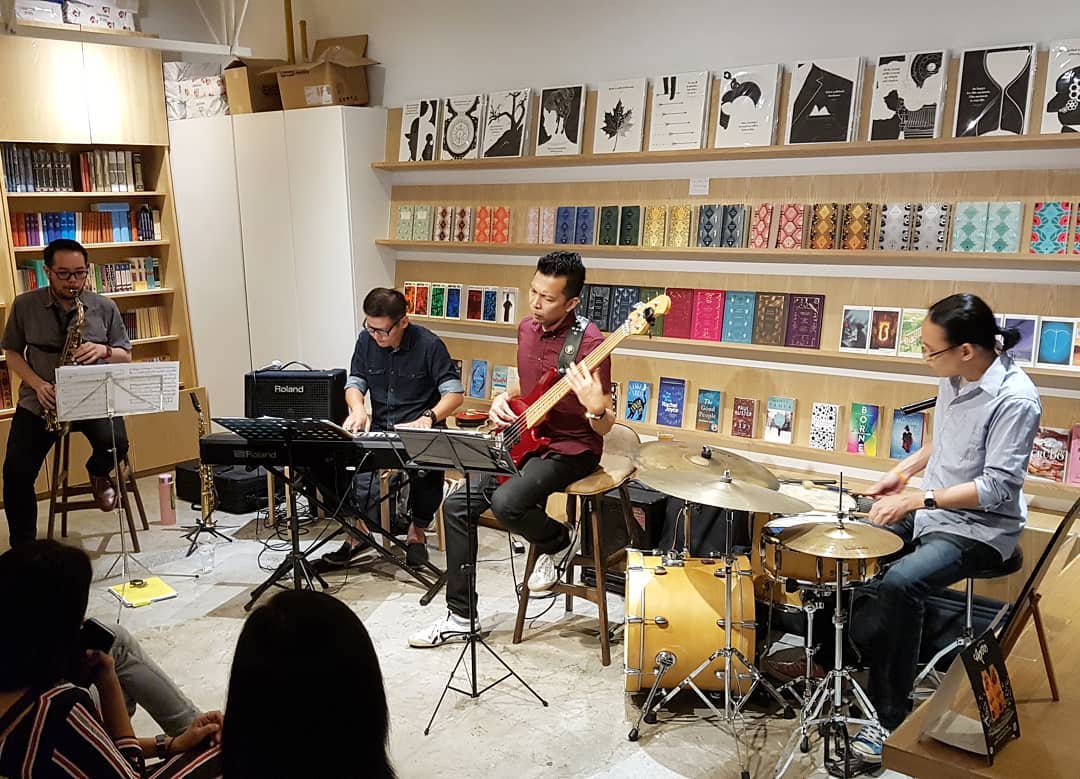 It’s not often that Elaine and I are able to indulge in two of our great loves — reading and music — together at the same time. So when Tay Cher Siang from critically-acclaimed jazz band WVC Malaysian Jazz Ensemble proposed a Murakami-inspired performance at our store, it didn’t take us long to ask ‘When?’ and ‘Can we really do it?’ And do it we did.

On Wednesday Aug 15, WVC played to an intimate sold-out crowd of 40-something attendees at Lit Books. Featuring original music inspired by Japanese literary master Haruki Murakami and covers of songs mentioned in his novels (e.g. Star-Crossed Lovers and Danny Boy, among others), the band brought the much-loved stories to a new, higher level.

The connection of Murakami and jazz is evident — Murakami’s novels, like jazz, demand interpretation on the part of the reader. The playful presence of eccentric characters and surreal scenes demand that the reader conjure for themselves the significant and meaningful connections which are not always immediately evident. As most Murakami readers will readily concede, trying to ‘understand’ Murakami can be immensely frustrating. Because of his preoccupation with the subconscious and the unconscious, his characters are typically richly textured and range from the mundane to the supernatural. 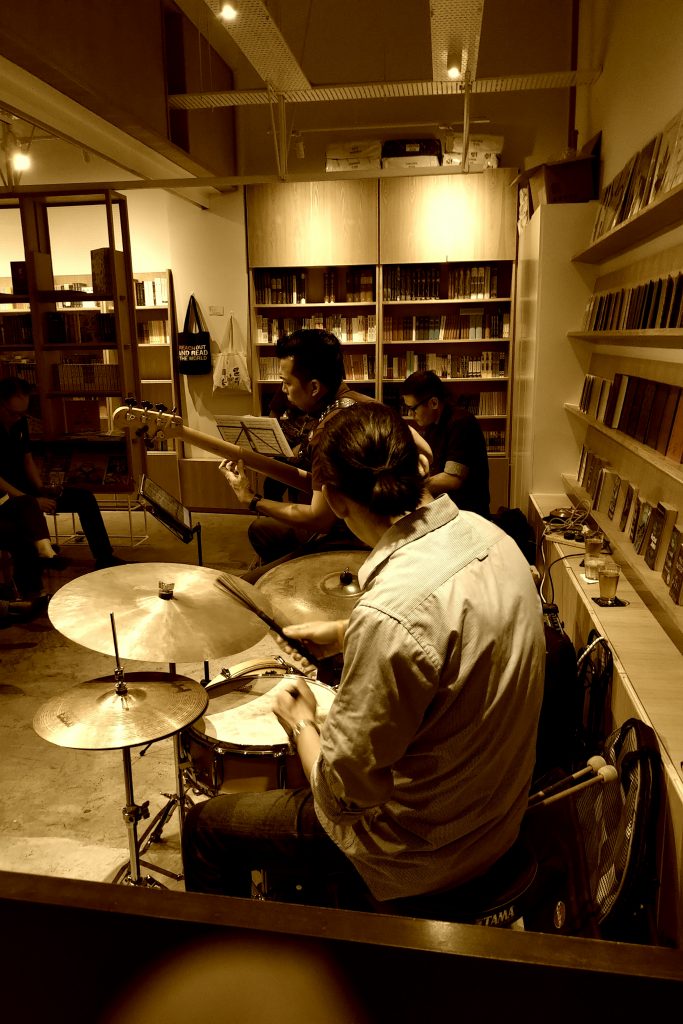 Murakami’s readers, by being forced to tease through the neural maze of these rich personalities, become strangely familiar and emotionally invested in these characters who nevertheless retain an impenetrable sense of distance. And though these characters arrive at some kind of resolution in their inner lives, this sense of closure and completion is not reflected in their outer lives, which in turn preserves the distance felt by the reader. I interpret this to be  a deliberate artifice on Murakami’s part, as a comment on the vicissitudes of reality and outer life, as against the closed systems of internal life. Nevertheless, there is interplay between the two worlds: between inner and outer life, between conscious and unconscious thought, between the world of imagination and dreams, and the world of lived experience.

This freedom and sense of play is endemic in jazz, which, of all genres of music, best incorporates the ideas of  spontaneity, unpredictability and free play. The occasional discordant note, the sudden change in tempo and the modulations from the various competing instruments and the dependence on the various players may sometimes seem chaotic, but it is, as the German philosopher Kant would call it, a “purposive” chaos. It is purposive in that there is a significant sense of agency behind the chaos; it is not random, but controlled. Jazz seems to have a purpose but to what end is uncertain. Kant calls this the “free play of the imagination and the understanding”, and this seems to suit both Murakami and jazz just fine.

WVC’s bandleader, composer and pianist Cher Siang, a self-confessed fan of Murakami’s writing, is a scholar of the Japanese master. To our ears, he has done wonderfully well to interpret Murakami as jazz, although he confesses as much himself that Murakami–a conservative jazz classicist, would find WVC’s music unbearable. We beg to differ on this point.

WVC Malaysian Jazz Ensemble will be releasing their third studio album in September 2018.