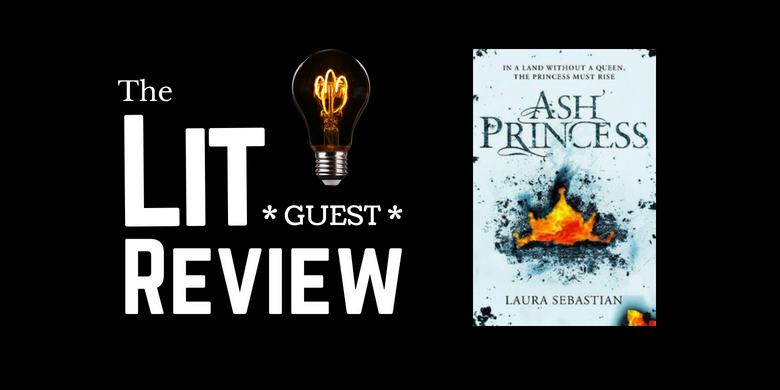 Who: In contrast to the sunny image of her birthplace of South Florida, amid a colourful life characterised by reading, baking, and dragging a ‘lazy’ dog out on walks, Laura Sebastian’s literary debut is rather grim. Ash Princess is the first of a YA fantasy trilogy, but by no means is it Sebastian’s first attempt at storytelling. That dates back to the second grade, when she put together a Cinderella retelling about angels. Since then, she’s completed a BA from Savannah College of Art and Design, moved to New York City, and produced this page-turning gem, with two books to follow.

What: Theodosia, heir to the kingdom of Artemisia, is just a child when she witnesses the murder of her mother and is taken prisoner by the right-hand man of the Kaiser, head of the invading Kalovaxians. Kept a hostage as a symbol of the Kaiser’s power, she is forced to wear crowns of ashes, a mockery of her former royal status, and the merest rumour of dissent by the conquered Artemisians earns her a brutal whipping.

Respite from the cruelties bestowed upon her come in the form of Crescentia, daughter of the very man who killed her mother and her closest — indeed, only — friend in the castle. So close is this unlikely friendship that Theo — the Kaiser denies her the right to her original name and orders she to refer to herself as Thora or Theo among select company — looks at her almost as a sister.

Word of growing underground rebellion reaches the court and a bedraggled man one day is dragged before the Kaiser, leader of the rebellion and a figure Theo recognises from her childhood. She is commanded to prove her loyalty to the Kaiser in a despicable manner, an order that will change the course of her life as she discovers an inner fire she never knew. Aided and abetted by an old friend and his gang of young rebels, she begins fighting back, a move that tests loyalties between friends old and new.

Why: Let’s be honest, there is little that is wholly original about Ash Princess if you’ve spent a decent amount of time in the YA world. There is even a painfully trite love triangle, though mercifully little time is dedicated to this trope. That said, after an info-heavy first chapter that dispensed all necessary information, the remaining chapters went by relatively fast.

Violence does feature rather frequently in the early parts of the book, and it is easy to sympathise with Theo — the hand she’s dealt with is a rather sorry one, and she does the necessary to survive. In other words, the book opens with her drawn as a pliant, timid prisoner, eternally grateful for the small mercies thrown her way by Cress.

Their relationship is core to the strength and theme of this story, examining the complex bonds that bind the self-declared sisters. Cress’ position of privilege is a stark contrast to the manner Theo is kept in, and while she appears to love the fallen princess, it seems to be a relationship built on conditions. When Theo begins to push back against the Kaiser, and when Cress’ love interest appears to be smitten by Theo, Cress’ true feelings towards her friend surface. Theo in the meantime finds herself questioning their relationship and battling with the contradictory answers. What really is loyalty? Is it born out of gratitude or a shared cause, as is the growing alliance between Theo and the Artemisian rebels? Or is it something else altogether, the glue of friendship kindled from unconditional help and comradeship?

The storytelling can be a tad clunky at times and character development of the secondary characters is somewhat lacking, but the latter might have been done at the expense of growing Theo as a believable central figure. There is a sprinkling of elemental magic, thanks to the gemstones mined by the Artemisians but which the Kalovaxians have no power to use and so wear them as ornaments instead, a further insult to the proud Artemisians. I would hope to see greater use of magic in the second and third book, as it is woefully underutilised and seems to be almost incidental here. All in all though, I would give this debut a thumb’s up.

Verdict: Between the violence and humiliation, a dash of fantasy, the bonds of friendship and a strong female protagonist, this is a rather compelling read and a great introduction into the YA world for newcomers of not-too-delicate sensibilities. (7.5/10)

Availability: Paperback, RM46.90. (Eligible to purchase as part of the Get 3 YA novels for RM99 deal.)

Special thanks to Pansing Distribution for an ARC of the book.