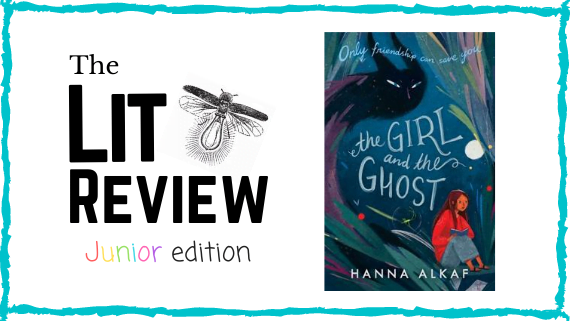 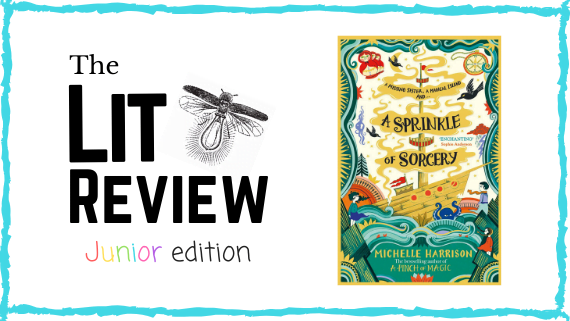 I picked up Michelle Harrison’s newly published middle-grade novel, A Sprinkle of Sorcery, with keen anticipation. The book is a follow-up to the absolutely delightful first novel in the series, A Pinch of Magic, which I enjoyed immensely and could not stop recommending to young readers at Lit Books.

In A Pinch of Magic, we are introduced to the three Widdershins sisters — there is the eldest and sensible one, Fliss; the feisty and adventurous Betty; and the youngest, Charlie, who’s sassy and fearless. The sisters live on an island called Crowstone and help their granny run the Poacher’s Pocket inn. They were condemned to never leave the island because of an ancient family curse, and the story revolves around the trio as they set about figuring out how to break this curse with the help of some magical family heirlooms.

A Sprinkle of Sorcery sees the Widdershins embark on a mystery-adventure when a mysterious girl who needs help appears at their doorstep accompanied by a glowing wisp and a magical hagstone. The girl, Willow, had escaped from the nearby island of Torment, where family members of those imprisoned for crimes are sent to.

Willow is adamant to prove her father’s innocence, and the Widdershins decide to help her. But then Charlie goes missing after being snatched away by two men masquerading as warders who were out to capture the escapee. Fliss and Betty are thrown into a perilous mission where they encounter fearsome pirates, a sunken smuggler’s ship, and a magical island that does not seem to exist on any map. It would take all their wits and every ounce of courage to overcome seemingly insurmountable challenges to help a complete stranger and find their sister.

Much like the first book in the series, Harrison combines a winning formula of strong girl characters, a suspenseful, pacey plot with a conundrum not too easily solved, and just enough surprises and twists to keep even a slightly jaded adult reader such as myself captivated throughout. Threaded with themes of sisterhood, friendship, and kindness, this rollicking fun read is just as good as the first novel. While it does make mention of some happenings from the first novel, you do not need to have read it in order to enjoy this one — A Sprinkle of Sorcery works as a standalone.

I very much enjoy Harrison’s breezy style of writing and loved that I genuinely did not know how the story was going to unfold — it was thrilling to be taken on this journey of wonder and discovery. Harrison has a knack for imaginative storytelling, even if the individual elements of the story are not at all unfamiliar. In her capable hands, she has woven these various popular tropes into a magical tale that feels wholly original.

Verdict: A thrilling, enchanting story that will delight children and adults alike. (8/10) 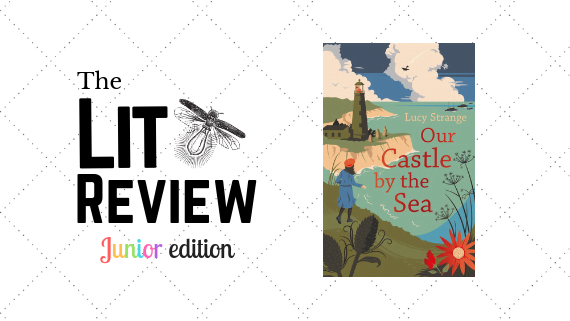 Who: After stints as an actor, singer and storyteller, Lucy Strange became a secondary school teacher and writer of middle-grade historical fiction. Her first book, The Secret of Nightingale Wood, received high praise and her second, Our Castle by the Sea, is the subject of this review.

What: It’s 1939, and England is on the cusp of World War II. Twelve-year-old Petra (Pet) and her family — older sister Magda (Mags), her pa and mother (Mutti) — are lighthouse keepers in the coastal village of Stonegate. Unlike her spirited sister, Pet isn’t particularly brave and is given to believing in myths and legends.

As war encroaches upon their small community, Pet’s family gets caught up in a plot that threatens to tear them apart. Mutti, a German immigrant, is packed off to an internment camp for “enemy aliens” as a matter of national security. Mags becomes increasingly secretive and evasive, and her pa is distracted and distant. It is up to Pet to muster every ounce of courage to uncover the truth and do what she can to set things right.

Why: There is much to unpack in this beautifully written, atmospheric novel — it blends mystery, intrigue and family dynamics with a protagonist, Pet, who starts out quiet and timid but because of the extraordinary circumstances she gets thrown into, becomes a lass of steely resolve by the novel’s end.

The story begins with the telling of a local legend of four sisters, who traded their souls for the safe return of their father lost at the treacherous sandbank, the Wyrm. They were turned into stone when their wish was fulfilled. This myth, the self-sacrifice and bravery of the girls, is embedded in Pet’s psyche and colours her perception and interpretation of events in the book. I love how Strange weaves myth into the fabric of the story because history and identity as a people and culture is as much about real events as it is about the myths and legends passed down through the ages.

The book affords wonderfully nuanced explorations on the themes of love, loyalty and sacrifice, and the way fear and racism can drive a person to do crazy things; World War II is the perfect foil for this. Through the actions of her parents, Pet observes the price of true sacrifice. When acts of sabotage start happening in the village, Pet learns the painful lesson that sometimes, people are not who they may seem, and the enemy within is often more insidious than the enemy without.

The author is masterful at evoking the time and place, and in bringing out the gamut of emotions portrayed in the book through her rich, sensitive prose. Meanwhile, Pet as a character is endearing and wise beyond her years. The build-up of the mystery and suspense makes it a delicious page-turner.

Quotable quote: “If you were torn between loyalty to your country and love for your family, what would you choose?”

Reading level: Ages 10 and up