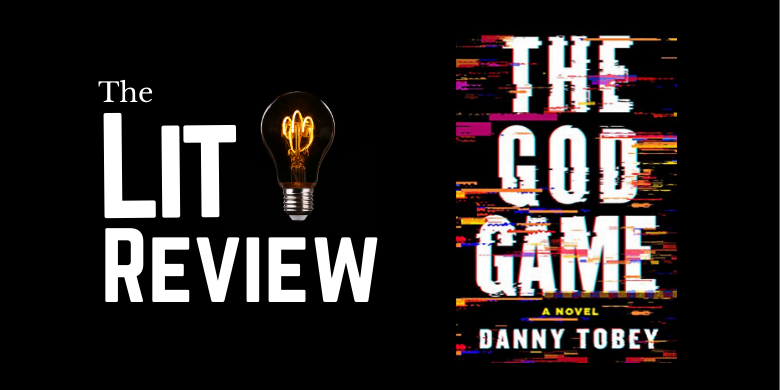 The God Game is a high-concept thriller that takes the well-used science fiction trope of runaway artificial intelligence and places it in a highly plausible contemporary setting: author Danny Tobey need not stretch his imagination very far to imagine a intelligence who, thanks to the Internet of Things, is omniscient and omnipresent (by hacking mobile phones and speakers) and omnipotent (what powers does a being with absolute control over electronic devices wield?). And what is God if not an intelligence that is omniscient, omnipresent and omnipotent?

The story follows a group of five high-school geeks — all of them outcasts and misfits — who muster together under the anachronistically-named group The Vindicators to seek redress and justice through pranks. The leader of the group is Charlie, a former honour student whose life has been turned upside down by his mother’s death; Vahni, an ambitious daughter of Indian immigrants with grand designs to attend Harvard; Kenny, a cello-playing, philosophy reading son of medical doctors; Alex, a troubled youth with more than skeletons in his closet; and Peter, an enigmatic rich kid with nihilistic tendencies.

Everything kicks off when the group stumbles on the mysterious God Game, where players commune with a mysterious being who refers to itself as God. Created by a group of bored hackers who poured all existing literature related to gods across human history into an AI core, the virtual God takes it upon itself to play a direct role in the real world through its interactions with the game’s players and its ability to control pretty much any electronic device tenuously connected to the internet.

This in itself isn’t a problem, except that this God AI, an amalgam of the various traditions, has an odd sense of morality and justice. Imagine if you will a schizophrenic being that, on the one hand, subscribes to gentle Christian love but simultaneously demands living sacrifice a la as would more violent gods. It also demands complete fealty from its players and rewards obedience with virtual currency “Goldz” and punishes defiance with demerit points known as “Blaxx”. With enough Goldz, players can “buy” abilities from the game such as the ability to spy on other people via their phones and mobile devices, while accumulating sufficient Blaxx will result in punishment — usually a beating, or even death, at the hands of other players who are motivated to do so by the game.

It never becomes clear why the God AI makes specific demands of its players — God works in mysterious ways — but it becomes quickly apparent to our heroes that anything less than complete surrender would not suffice. Meanwhile, they have to navigate the tribulations of American teenage life — unrequited love, unwanted attention from popular jocks, parental expectations, etc. God offers them aids to help them deal with their own personal morasses, although everything has a price. They need to get out of the game and quick, but the game is not about to let them just leave.

Danny Tobey’s high-tech thriller The God Game is a peculiar novel. While it deserves high plaudits for its originality and keen insight of the dangers and ramifications of our increasingly interconnected world, it borrows extensively from overused teen tropes. As a result, the novel as a whole becomes a lot more ordinary, but not uninteresting. The characters, with one exception, are, I am sorry to say, one-dimensional and their motivations no more complex than those of an Archie Andrews or a character from a 90s teen drama. But it is an intriguing moral poser, and raises the question of what it means for us as moral actors if the supposed source of morality is a tangible experience in the world. 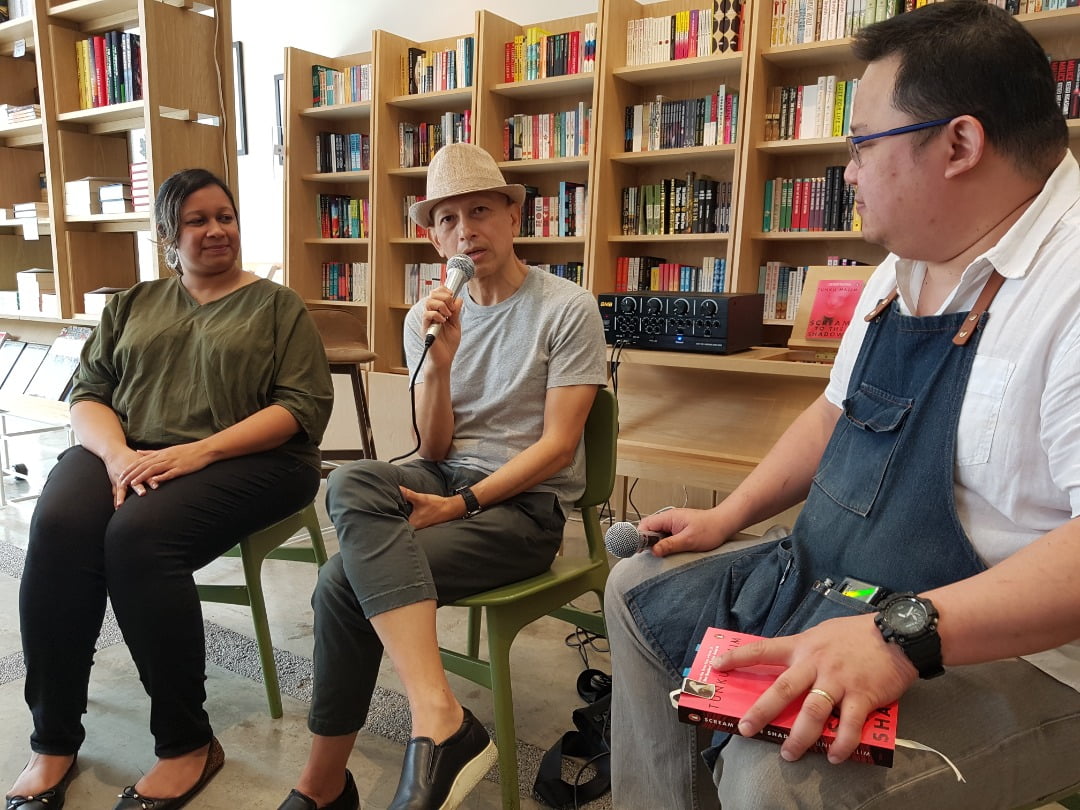 This is the third episode of the Lit Rewind.

Every now and then, we get interesting bookish people into our shop to discuss all things literary — be they their books, their thoughts on a book, or on the craft of writing in general.

On Sept 28, a hazy Saturday afternoon, we held an intimate discussion session with one of Malaysia’s most prolific writers Tunku Halim, who is the first Malaysian author to have been picked up by Penguin’s new Southeast Asia imprint. Joining us to discuss his collection of short fiction, Scream to the Shadows, was Sharmilla Ganesan, radio journalist and writer.

We started the discussion by asking Tunku Halim how this new collection of stories came about. Tunku Halim’s Scream to the Shadows is available in-store, as are several of his other books including his children’s history book and his biography of Tunku Abdullah.