The Road to Serfdom

Hayek set out the danger posed to freedom by attempts to apply the principles of wartime economic and social planning to the problems of peacetime. Hayek argued that the rise of Nazism was not due to any character failure on the part of the German people, but was a consequence of the socialist ideas that had gained common currency in Germany in the decades preceding the outbreak of war. Such ideas, Hayek argued, were now becoming similarly accepted in Britain and the USA.

On its publication in 1944, ‘The Road to Serfdom’ caused a sensation. Its publishers could not keep up with demand, owing to wartime paper rationing. Then, in April 1945, Reader’s Digest published a condensed version of the book and Hayek’s work found a mass audience.

This condensed edition was republished for the first time by the IEA in 1999. Since then it has been frequently reprinted. There is an enduring demand for Hayek’s relevant and accessible message.

The ‘Road to Serfdom’ is republished in this impression with ‘The Intellectuals and Socialism’ originally published in 1949, in which Hayek explained the appeal of socialist ideas to intellectuals – the ‘second-hand dealers in ideas’. Intellectuals, Hayek argued, are attracted to socialism because it involves the rational application of the intellect to the organisation of society, while its utopianism captures their imagination and satisfies their desire to make the world submit to their own design. 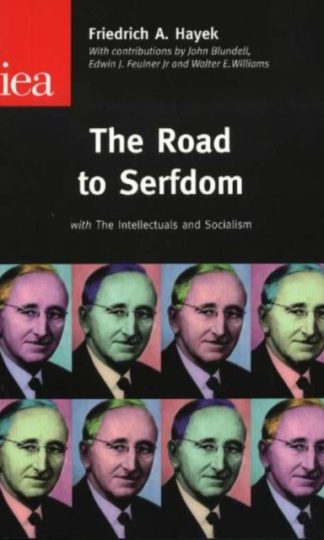 You're viewing: The Road to Serfdom RM64.90
Add to cart
Join Waitlist We'll alert you as soon as the product comes back in stock! Please leave your email address and quantity sought in the fields below.