The Descent of Woman

The Descent of Woman is a pioneering work, the first to argue for the equal role of women in human evolution. On its first publication in 1972 it sparked an international debate and became a rallying-point for feminism, changing the terminology of anthropologists forever. Starting with her demolition of the Biblical myth that woman was an afterthought to the creation of man, Elaine Morgan rewrites human history and evolution. 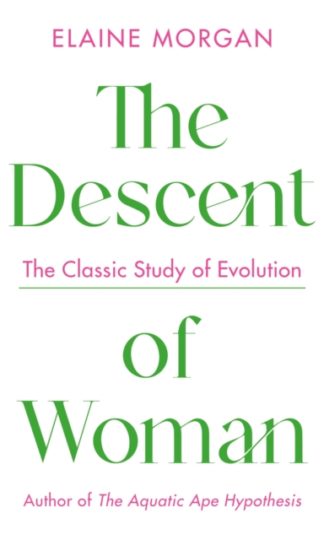 You're viewing: The Descent of Woman RM54.90
Add to cart
Join Waitlist We'll alert you as soon as the product comes back in stock! Please leave your email address and quantity sought in the fields below.