Life in a Russian gulag, based on the author’s own years in the Gulag, chronicled in an epic masterpiece.

A masterpiece of Gulag literature, the complete Kolyma Stories is a thousand-page epic composed of short fictional tales based on Russian writer Varlam Shalamov’s fifteen years in the Gulag. He spent six years as a slave in the gold mines of Kolyma, a far northeast region of the USSR and one of the coldest and most inhospitable places on earth, before finding a less intolerable life as a paramedic in the prison camps. He began writing his six-volume prose account of life in Kolyma after Stalin’s death in 1953 and continued until his own physical and mental decline in the late 1970s. Kolyma Stories comprises the first three volumes of Shalamov’s tales. The line between autobiography and fiction is indistinct: everything in these stories was experienced or witnessed by Shalamov. His work records the real names of prisoners and their oppressors; he himself appears simply as “I” or “Shalamov,” or at times, under a pseudonym, such as Andreyev or Krist. These collected stories form the biography of a rare survivor, a historical record of the Gulag, and, because the stories have more than documentary value, a literary work of creative power and conviction. 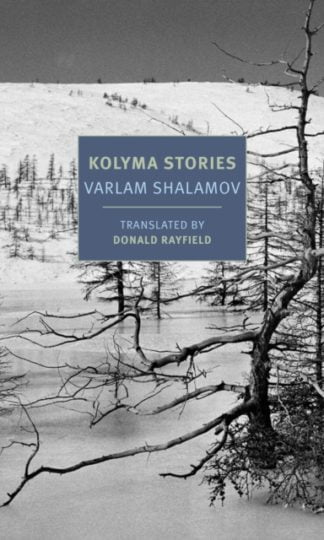 You're viewing: Kolyma Stories RM89.90
Add to cart
Join Waitlist We'll alert you as soon as the product comes back in stock! Please leave your email address and quantity sought in the fields below.