Thank You for Smoking

Nick Naylor is just a regular guy trying to earn a living. In these neo-puritanical times, it’s a challenge to defend the rights of smokers and a privilege to promote their liberty. Sure, it hurts a little when you’re compared to Nazi war criminals, but Nick’s just doing what it takes to pay the mortgage and put his son through school.

As chief propagandist for the tobacco industry he can handle the insults from the antismoking zealots, but death threats are a different matter. Someone wants to prove just how hazardous smoking can be – and if Nick isn’t careful, he’s going to be stubbed out. A humorous and thought-provoking novel, Thank You for Smoking gets people talking. 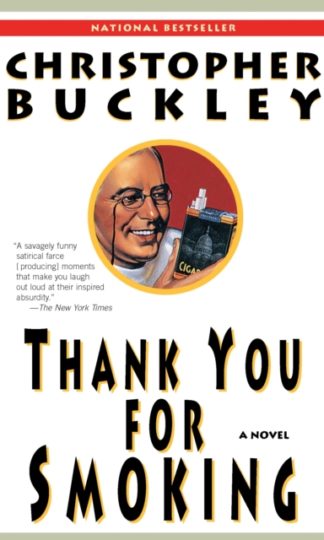 You're viewing: Thank You for Smoking RM49.90
Add to cart
Join Waitlist We'll alert you as soon as the product comes back in stock! Please leave your email address and quantity sought in the fields below.