Doncaster, and Jack Carter is home for a funeral – his brother Frank’s. Frank had been found dead and drunk in his car at the bottom of a cliff. Now, Frank was a mild, sober man, so why did he land up dead in his car at the bottom of a cliff? Jack thinks his death doesn’t add up and decides to ask questions. But he is told to stop by Gerald and Les who run a porn ‘firm’ and Jack is their hit man. Frank did as he was told, but Jack is not like that . . . This is a tough, uncompromising novel portraying a stark society of people living on the dangerous border-line between crime and respectability. 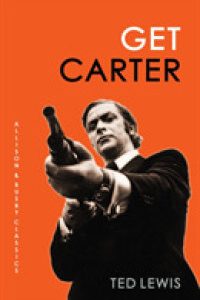 You're viewing: Get Carter RM44.90
Add to cart
Join Waitlist We'll alert you as soon as the product comes back in stock! Please leave your email address and quantity sought in the fields below.