Years ago, just before the country was incinerated to wasteland, ten men and their families colonized an island off the coast. They built a radical society of ancestor worship, controlled breeding, and the strict rationing of knowledge and history. Only the Wanderers–chosen male descendants of the original ten–are allowed to cross to the wastelands, where they scavenge for detritus among the still-smoldering fires. The daughters of these men are wives-in-training. At the first sign of puberty, they face their Summer of Fruition, a ritualistic season that drags them from adolescence to matrimony. They have children, who have children, and when they are no longer useful, they take their final draught and die. But in the summer, the younger children reign supreme. With the adults indoors and the pubescent in Fruition, the children live wildly–they fight over food and shelter, free of their fathers’ hands and their mothers’ despair. And it is at the end of one summer that little Caitlin Jacob sees something so horrifying, so contradictory to the laws of the island, that she must share it with the others. Born leader Janey Solomon steps up to seek the truth. At seventeen years old, Janey is so unwilling to become a woman, she is slowly starving herself to death. Trying urgently now to unravel the mysteries of the island and what lies beyond, before her own demise, she attempts to lead an uprising of the girls that may be their undoing. GATHER THE DAUGHTERS is a smoldering debut; dark and energetic, compulsively readable, Melamed’s novel announces her as an unforgettable new voice in fiction. 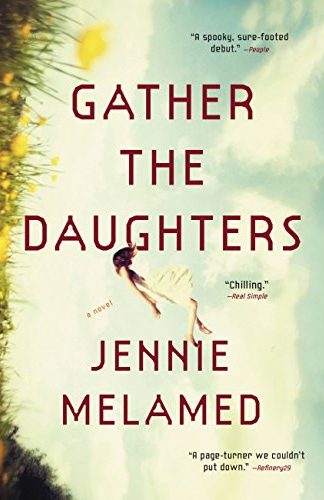 You're viewing: Gather The Daughters RM109.50
Add to cart
Join Waitlist We'll alert you as soon as the product comes back in stock! Please leave your email address and quantity sought in the fields below.