35-year-old English literature teacher Sukhin, is something of a cake fiend. He loves eating them, baking them, and sharing them; it is very much part of his identity. In one hilarious and all too relatable scene, Sukhin is out on a date with a woman who chooses an organic soy latte over cake for dessert, and he spirals into an internal monologue where the love of cake is a criterion to be considered “his people”.

One person who does share his fondness for cake is Jinn, his former secondary school sweetheart. Sukhin stumbles on Jinn one afternoon in Chinatown, and she, to his astonishment, is now living as a homeless person in cardboard boxes in an alleyway. She disappeared several years ago and he had taken her for dead. Seeing her again shakes him to the core.

As Sukhin slowly unravels the mystery surrounding her initial disappearance and present situation, he becomes attuned to the homeless, an invisible segment of Singapore society that he had previously not given much thought. Present-day going-ons – juggling teaching, his family, and meeting up with Jinn – is juxtaposed with Sukhin’s recollections of what he and Jinn were before. Sukhin eventually comes to terms with the new reality, and along the way, finds himself fashioning ever more elaborate “shelter” out of cardboard boxes for Jinn. The whole experience changes him in subtle but profound ways. 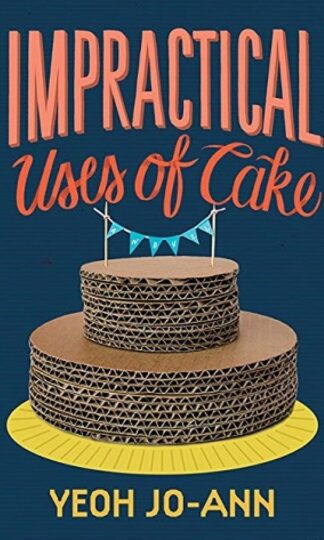 You're viewing: Impractical Uses Of Cake RM55.90
Add to cart
Join Waitlist We'll alert you as soon as the product comes back in stock! Please leave your email address and quantity sought in the fields below.