The Beginning Of Knowledge

The Beginning of Knowledge brings together almost all of Gadamer’s essays on the Presocratics. In each of the essays Gadamer discusses the origins of knowledge in the western philosophical tradition. Beginning with a hermeneutical and philological investigation of the Heraclitus fragments he moves on to a discussion of the Greek Atomists and the Presocratic cosmologists. In the final two essays he elaborates on the profound debt that modern science owes to the Greeks and shows how their works have shaped modern day physics, mathematics and medicine. The philosophers discussed include Plato, Aristotle, Socrates, Anaximander, Heraclitus and Parmenides. This is a major work from one of the 20th century’s greatest thinkers. 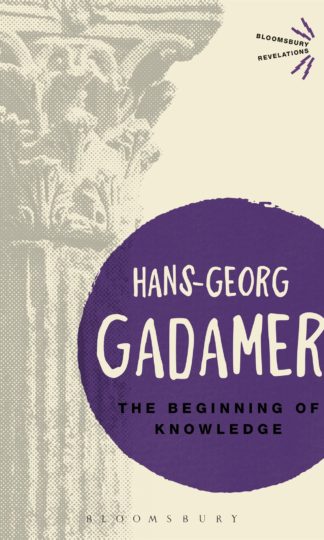 You're viewing: The Beginning Of Knowledge RM94.90
Add to cart
Join Waitlist We'll alert you as soon as the product comes back in stock! Please leave your email address and quantity sought in the fields below.