Written in 1938/9, Mindfulness (translated from the German Besinnung) is Martin Heidegger’s second major being-historical treatise. Here, Heidegger develops some of his key concepts and themes including truth, nothingness, enownment, art and Be-ing and discusses the Greeks, Nietzsche and Hegel at length. In addition to the main text, the text also includes two further important essays, ‘A Retrospective Look at the Pathway’ (1937/8) and ‘The Wish and the Will (On Preserving What is Attempted)’ (1937/8), in which Heidegger surveys his unpublished works and discusses his relationship to Catholic and Protestant Christianity and reflects on his life’s path. This is a major translation of a key text from one of the most important thinkers of the 20th century, now available in the Bloomsbury Revelations Series. 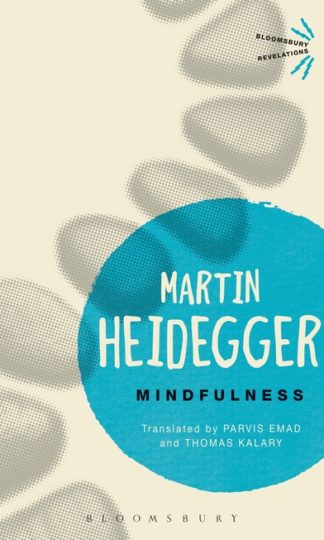 You're viewing: Mindfulness RM124.90
Add to cart
Join Waitlist We'll alert you as soon as the product comes back in stock! Please leave your email address and quantity sought in the fields below.