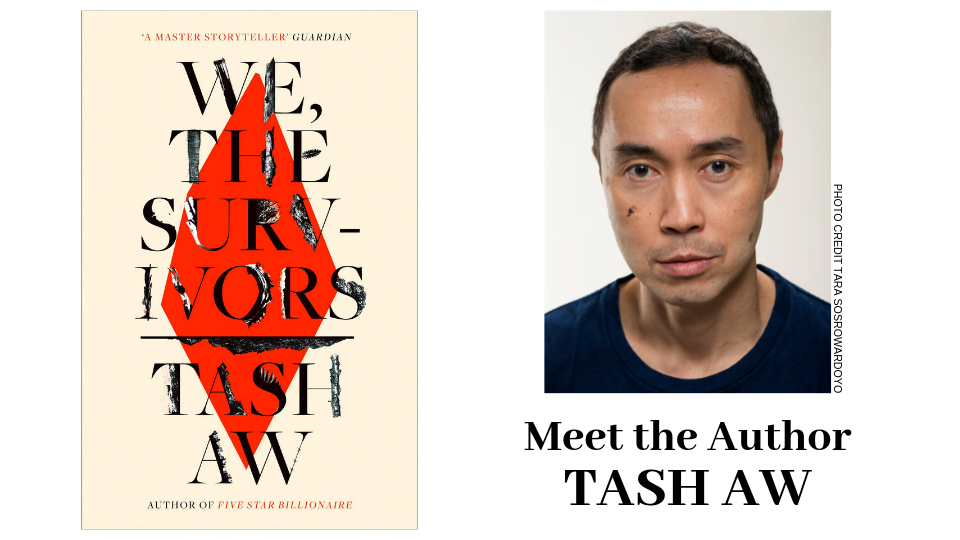 Join us for an evening with London-based prize-winning Malaysian author Tash Aw at Lit Books! He will be speaking about his latest and most personal novel to-date called We, The Survivors. Set in contemporary Malaysia, the novel is about an ordinary man, Ah Hock and the years building up to his appalling act of violence: the murder of a migrant worker. The story is an exploration of class, education and the inescapable workings of destiny.

Tash has previously written three critically acclaimed novels — The Harmony Silk Factory (2005), which won the Whitbread First Novel Award and a regional Commonwealth Writers’ Prize; Map of the Invisible World (2009) and Five Star Billionaire (2013) — and a work of non-fiction, The Face: Strangers on a Pier (2016). His novels have twice been longlisted for the MAN Booker prize and been translated into 23 languages.

Come meet the man behind the words. Book signing will follow after the conversation with Tash.