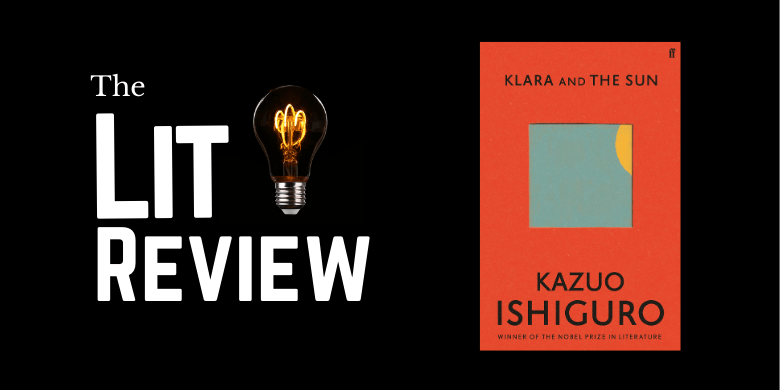 It’s difficult to read Kazuo Ishiguro’s Klara and the Sun without locating it among the rest of his writing. What makes the job more difficult is the Nobel laureate’s tendency to produce variations on a theme, unlike, say, David Mitchell (Cloud Atlas, Bone Clocks, Utopia Avenue) whose past performance is no guarantee of future results. Ishiguro’s self-professed “dirty secret” is that he has only ever written one book over and over again with varying levels of virtuosity.

Ishiguro’s big tussle in each of his books is invariably the question of truth and the reliability of his limited and flawed narrators. These narrators construct imprecise and incongruous worldviews because it turns out that these are essential to their survival. In Never Let Me Go, Kathy H. and her fellow clones hold on to the unlikely hope that a display of their humanity will delay their inevitable sacrifice. Masuji Ono in An Artist of the Floating World can only justify his existence by believing himself to have been a far greater monster than he really was. Stevens, the butler of the Nazi-sympathising Lord Darlington in Remains of the Day, sacrifices truth at the altar of duty and dignity until he can no longer afford to do so.

Whatever their flaws, these narrators remain sympathetic characters if only because they reflect our own fragile grip on the meaningfulness of the world, and our need to create narratives for ourselves despite our own limited and narrow understanding of the people and events around us. The difference for Ishiguro’s characters is that they are almost always ultimately caught in their self-deceit; as Stevens says, “One is not struck by the truth until prompted quite accidentally by some external event.”

So what do we make of Klara in Klara and the Sun, the protagonist of Ishiguro’s eighth and most recent book? An Artificial Friend, or AF, Klara was built to be a companion for children in a fractured society that has stratified into an Orwellian caste system. Power has become concentrated in the hands of the few while automatons increasingly act as “substitutes” for human workers. Schools have been shut down in favour of homeschooling through remote devices known only as Oblongs, and chosen scions of a select few participate in a genetic editing process that results in their being ‘lifted’. Brought up in isolation, children in this dystopia socialise in mediated “interaction meetings” where they practise disguising their backhanded compliments as social grace. (This dystopic future, written in a time of pandemic, seems almost laughably kitsch until one realises that it’s not too far off from the current state of learning.)

The world in Klara and the Sun is not a happy place; but it is a hallmark of Ishiguro’s novels that the worst evils are attenuated through the use of normalised language: “lifted” and  “substituted” in Klara, or “completions” in Never Let Me Go referring to the death of an organ donor mid-vivisection. Klara’s world is a morass of contradictions and genteel horrors, but as with Ishiguro’s other books, this horror is very much softened by Klara’s experience and understanding.

Precocious for an AF with unique powers of observation and synthesis, Klara begins life as a display model at the AF store. Because of these traits, she is  extremely sensitive to the nuance and patterns of human behaviour around her, even when they are incongruous with each other. This comes up in an interesting bit of philosophy of mind when Ishiguro describes just how an AF might view the world, which builds a unified intuition from discrete perceptions that are given to her in discrete perceptions a la Kant. When contradictions in her perceptions occur, the unity is broken up into individual “boxes”, indicating that the scene before her is contradictory, confusing or otherwise incongruous. For example, In one passage, her perception of the store manager is broken into boxes, one of which showed her eyes “that were filled with kindness and sadness” even as another box focused on the manager’s jaw which reflected “anger and frustration”.

These incongruities would pop up regularly during her time spent with Josie, the teenager who purchases Klara and brings her home. Josie is very ill and her relationship with the people in her lives are tense, especially in relation to her overbearing mother, Chrissie, and her neighbour, Rick, with whom she has a youthful romance. Josie has already lost her older sister Sal to a similar sickness, and the loss has coloured her world — from the estrangement of her father to her mother’s overprotective demeanour.

Klara is an excellent AF, not just to Josie but to the other people in her lives. Reflective and spiritual — again, unique traits for an automaton — she becomes involved in the private sufferings of the people around Josie. Incapable of self-deception, Klara’s beliefs and actions are motivated by her empirical observations and her sense of duty. Nevertheless there is something at the core of her being that adds to the synthesis, which motivates her to make some very un-AF-like decisions, such as rejecting a potential customer while waiting for Josie to return to the store, and deducing the nature of love in her reflections at the end of the book. Klara may not be an unreliable narrator in the traditional sense, but neither is her portrayal of the world one that is truly representative. (Then again, whose understanding of the world can be truly representative?)

As with Ishiguro’s other books, the world constructed in Klara and the Sun is by necessity narrowed by the first-person perspective, but one of Ishiguro’s strengths is his ability to do so without suffocating the reader. Instead, it becomes an intimate marriage of self and experience which leads to beautifully reflective prose. An oddity in the book, however, is the tonality of the dialogue between the teenaged children who speak with an American patois that is distinct from everyone else in the book. It broke the reading momentum the first few times I encountered them but they eventually became niggling irritations rather than severe disruptions.

There are some inexplicable issues in the book; for example, how does an AF with a highly developed scientific cognitive mind fail to understand the true nature of the sun? Or misidentify objects such as a roadworks machine to be some sort of mythological creature of evil? It is unclear if Ishiguro’s world is logically consistent, but then again perhaps that is not the point of this book, or any of his books for that matter. Klara and the Sun might not hit the same artistic heights as his previous novels but it is still a beautifully quiet, elegant novel.

Category: Lit Review
Tags: book review, klara and the sun, lit review
Join Waitlist We'll alert you as soon as the product comes back in stock! Please leave your email address and quantity sought in the fields below.