Remains Of The Day

ONE OF THE BBC’S ‘100 NOVELS THAT SHAPED OUR WORLD

The Remains of the Day won the 1989 Booker Prize and cemented Kazuo Ishiguro’s place as one of the world’s greatest writers. David Lodge, chairman of the judges in 1989, said, it’s “a cunningly structured and beautifully paced performance”. This is a haunting evocation of lost causes and lost love, and an elegy for England at a time of acute change. Ishiguro’s work has been translated into more than forty languages and has sold millions of copies worldwide.

Stevens, the long-serving butler of Darlington Hall, embarks on a leisurely holiday that will take him deep into the countryside, but also into his own past. Reflecting on his years of service, he must re-examine his life in the face of changing Britain, and question whether his dignity and properness have come at a greater cost to himself. 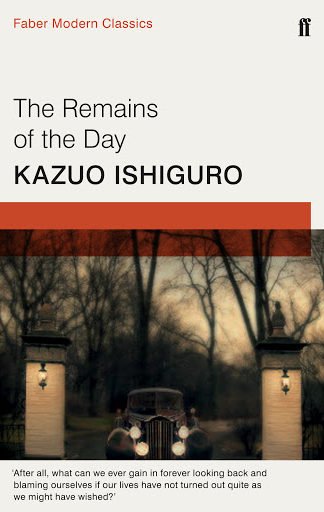 You're viewing: Remains Of The Day RM52.50
Add to cart
Join Waitlist We'll alert you as soon as the product comes back in stock! Please leave your email address and quantity sought in the fields below.