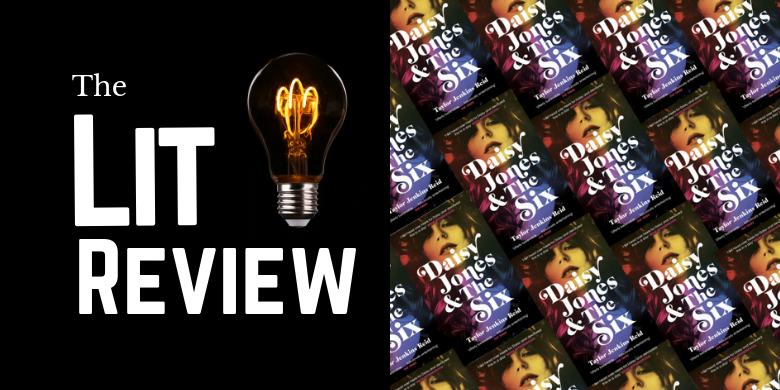 Who: Taylor Jenkins Reid is the author of The Seven Husbands of Evelyn Hugo, One True Loves, Maybe in Another Life, After I Do, and Forever, Interrupted. Her novels have been Indie Next Picks, chosen by Book of the Month, and featured in People, US Weekly, Entertainment Weekly, Good Morning America, and more. Her newest novel, Daisy Jones and The Six, is a New York Times bestseller. She lives in Los Angeles.

What: Daisy Jones and the Six is a fictional written oral history of a similarly fictional rock band inspired by the story of Stevie Nicks and Fleetwood Mac. In Reid’s novel, Daisy Jones and the Six hit the heights of rock ‘n’ roll stardom when they release their album, Aurora, which becomes an instant rock classic. All this unfolds in the 1970s where sex, drugs and rock ‘n’ roll went hand-in-hand with one another, and where rock stars were creatures larger than life.

The protagonists of the novel are the book’s eponymous Daisy Jones and the lead singer of The Six, Billy Dunne. Both incredibly talented musicians in their own right, they form an instant distaste for one another when their production company suggests a collaborative effort. So not only have they been assigned the unhappy task of working with each other, but they also have to wrestle with ghosts from their past which are always looming just off-camera.

Other members of the band and associated individuals are also brought into the narrative to flesh out flesh out the details, and to bring to bear their own recollections of the event — not all of which mesh to form a coherent and common narrative. But amidst all the unreliable narrations, a picture of the roller-coaster life of a 1970s rock star emerges, and it is a fun ride.

Why: Daisy Jones and The Six combines clichés within clichés: warring virtuoso front-(wo)men of a stellar band; eccentric bandmates who swing between the extremes of love and hate for the band and all it stands for; copious amount of drugs on The Sunset Strip and wherever else the band might be touring; etc. It’s a trope that’s well-used in the movie business, but not so much in novels, and that’s part of what makes it a compelling read. It is a stylish novel that captures the hedonism of the 1970s in all its glorious technicolour, and a compulsive page-turner.

Reid has a good ear for the way interviewees speak while on record, and the transition from one voice to the next is seamless. It’s clear that each character has a fully-formed personality: the music wonk Billy Dunne, the devil-may-care but nevertheless fragile Daisy Jones, the brother-in-the-shadows Graham Dunne. But unlike a more traditionally structured novel, we obtain no greater insight into what they are really thinking aside from what they care to confess to the interviewer. Yet — and this may be a comment on the reviewer as much as it is on the writing — we intuitively know with great familiarity these characters from the book.

The descriptions of the music are also tantalising and makes one wish this were a real album. Iin an interview, Reid equates one of the songs in the book Regret Me with Fleetwood Mac’s Silver Springs, and it makes one wish that someone would perhaps construct a soundtrack for the book.

Perhaps the least inspired and most insipid aspect of the book is the main plotline, which is ultimately a love story. Love is something that has always featured in Reid’s previous novels and it comes as no surprise that it features heavily in the moment of denouement. You can see it a mile coming, but, at the same time, you would be hard-pressed to find an alternative ending for the book. Yes, it is a cliché, but it is all the more enjoyable for it.

Verdict: A really fun and compulsive read. Readers with the slightest interest in 70s rock would find it compelling and un-put-downable. (8/10)

Special thanks to Ballantine Books for a review copy of the book.

Category: Lit Review
Tags: book review, daisy jones and the six, fiction, taylor jenkins
Leave a Reply Cancel reply
Join Waitlist We'll alert you as soon as the product comes back in stock! Please leave your email address and quantity sought in the fields below.