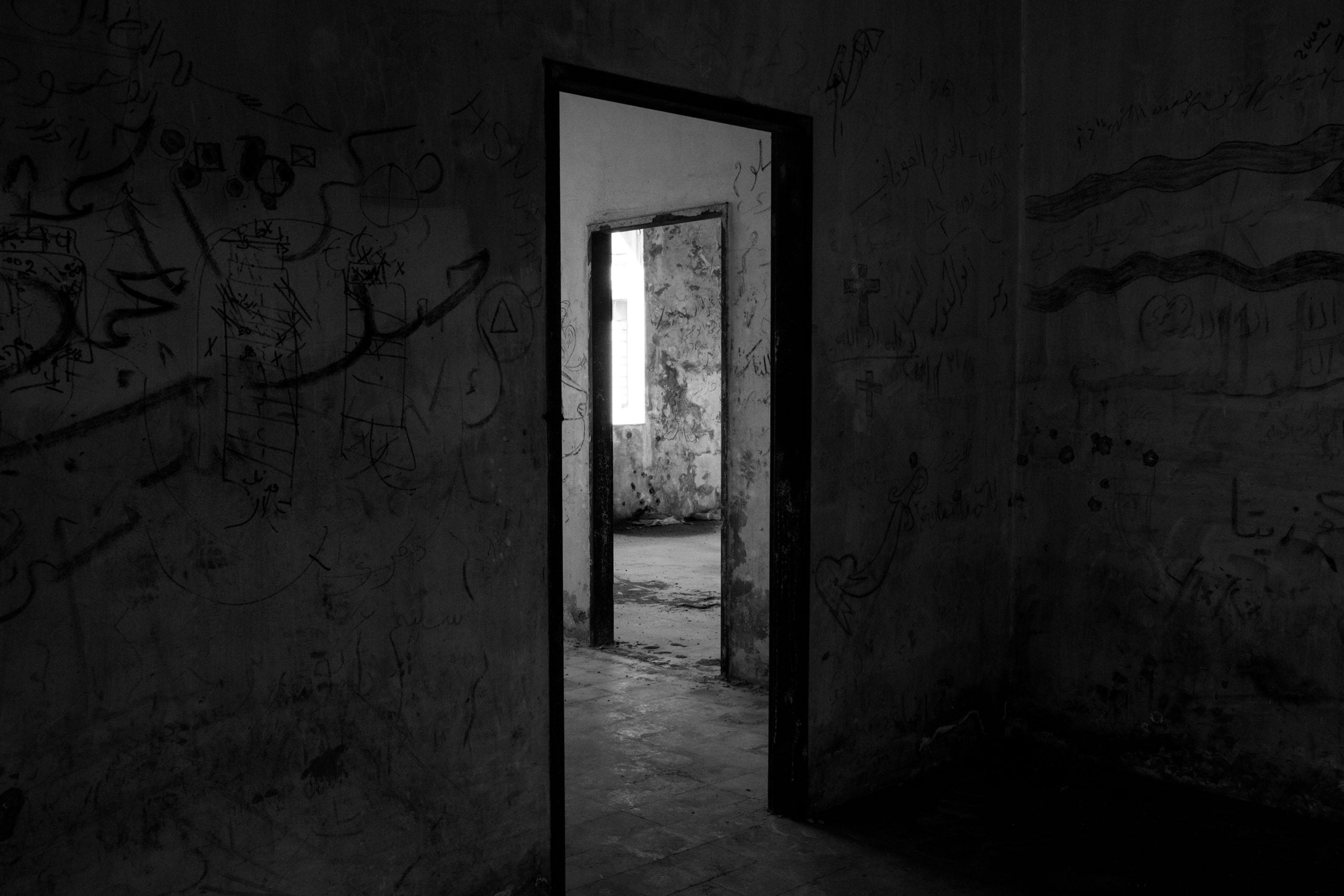 Halloween is just around the corner! This inevitably starts us thinking about books with dark, haunting, chilling and macabre themes. As chilling as they are compelling, the horror novel compels us to gaze into the void to consider the extreme limits and consequences of events both natural and supernatural. But even as we do so, the void gazes back into us, and we are forced to confront just how much of the dark and the horror are found within us. Here are some of our choice reads this October: 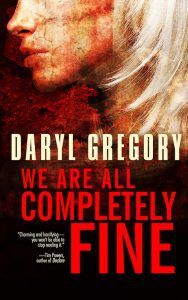 We are Completely Fine by Daryl Gregory
This World Fantasy and Shirley Jackson Award Winner follows psychotherapist Dr. Jan Sayer who has a support group comprising of a group of misfits and outcasts whose mental states can only be described as ‘precarious’. The members of the group are hodge-podge and include the likes of Harrison, a Monster Detective and a storybook hero who is now in his mid-30s and spends most of his time popping pills and not sleeping. There is Stan whose only claim to fame comes from having been partially eaten by cannibals, Barbara who is haunted by unreadable messages carved on  her bones, and Greta who may or may not be a mass-murdering arsonist. No one believes the claims of these exceptional individuals except for Dr. Sayer who will help them uncover the monsters they face within and those which are lurking in plain sight. (Paperback, RM71.90) 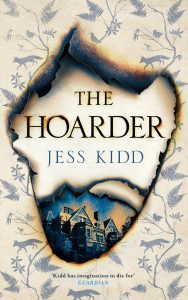 The Hoarder by Jess Kidd
From the award-winning author of Himself comes the spellbinding tale of lonely caregiver Maud Drennan and a cranky hoarder with a house full of secrets, Cathal Flood. Maud is a caregiver whose sunny disposition masks a deep sadness. A tragic childhood has left her haunted by the company of a cast of prattling saints who pop in and out of her life like tourists. Meanwhile, Cathal is a menace by all accounts. The lone occupant of a Gothic mansion crawling with feral cats, he has been waging war against his son’s attempts to put him into an old-age home. Maud is this impossible man’s last chance: If she can help him get the house in order, he just might be able to stay. The unlikely pair begins to cooperate, bonding over their shared love of Irish folktales and mutual dislike of Cathal’s overbearing son.

But the cluttered corners of the mansion hint at buried family secrets,  reminding Maud that she doesn’t really know Cathal at all. When the forgotten case of a missing schoolgirl comes to light, her curiosity becomes a full-steam search for answers. Packed with eccentric charms, twisted comedy, and a whole lot of heart, The Hoarder is a mesmerising tale that examines the space between sin and sainthood, reminding us that often the most meaningful forgiveness that we can offer is to ourselves. (Paperback, RM69.90) 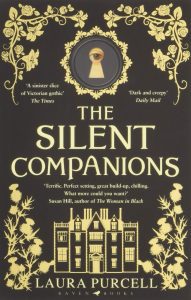 The Silent Companions by Laura Purcell
This deliciously creepy Gothic novel centres on newly widowed Elsie who is sent to see out her pregnancy at her late husband’s crumbling country estate, The Bridge. With her new servants resentful and the local villagers actively hostile, Elsie only has her husband’s awkward cousin for company — or so she thinks. For inside her new home lies a locked room, and beyond that door lies a 200-year-old diary and a deeply unsettling painted wooden figure — a Silent Companion — that bears a striking resemblance to Elsie herself. (Paperback, RM47.90) 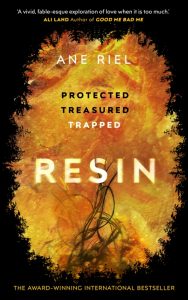 Resin by Ane Riel
This award-winning novel is about Liv who died when she was six years old — or at least, that’s what the authorities think. Her father, wanting to keep her safe in this world, left the isolated house his little family called home one evening, pushed their boat out to sea and watched it ruin on the rocks. Then he went to report his only child missing. But behind the boxes and the baskets crowding her father’s workshop, Liv was hiding. This way, her father had said, she’d never have to go to school; she’d never have to leave her parents. She would be safe. Suspenseful and heart-breaking, Resin is the story of what can happen when you love someone too much — when your desire to keep them safe becomes the thing that could irrevocably harm them. (Paperback, RM79.90) 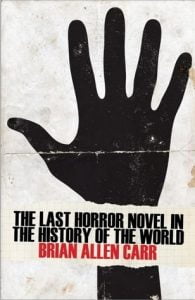 The Last Horror Novel in the History of the World by Brian Allen Carr
The setting for this novella is Scrape, Texas, a nowhere town near the Mexican border. Few people ever visit Scrape, and the unlucky ones who live there never seem to escape. They fill their days with fish fries, cheap beer, tobacco, firearms, and sex. But Scrape is about to be invaded by a plague of monsters unlike anything ever seen in the history of the world. First there’s La Llorona — the screaming woman in white — and her horde of ghost children. Then come the black, hairy hands. Thousands, millions, scurrying on fingers like spiders or crabs. But the hands are nothing to El Abuelo, a wicked creature with a magical bullwhip, and even El Abuelo mean even less when the devil comes to town. (Paperback, RM49.90) 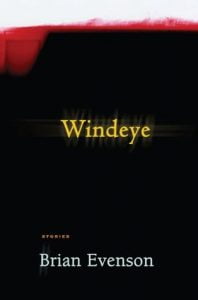 Windeye by Brian Evenson
The characters in this collection of stories live as interlopers in a world shaped by mysterious disappearances and unfathomable discrepancies between the real and imagined: a woman falling out of sync with the world; a king’s servant hypnotised by his murderous horse; a transplanted ear with a mind of its own. Exploring how humans can persist in an increasingly unreal world, these tales are haunting, gripping, and psychologically fierce, and they illuminate a dark and unsettling side of humanity. (Paperback, RM75.90) 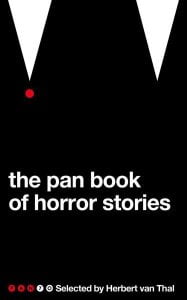 The Pan Book of Horror Stories selected by Herbet van Thal
Originally released in 1959, this book gathers 22 terrifying tales of horror by such famous authors as Peter Fleming, C. S. Forester, Bram Stoker, Angus Wilson, Noel Langley, Jack Finney and L. P. Hartley. Stories of the uncanny jostle with tales of the macabre. There are tales of subtle beastliness (Rasberry Jam); of sickening horror (The Fly or His Beautiful Hands); and of utter chilling terror (The Horror of the Museum). (Paperback, RM49.90)