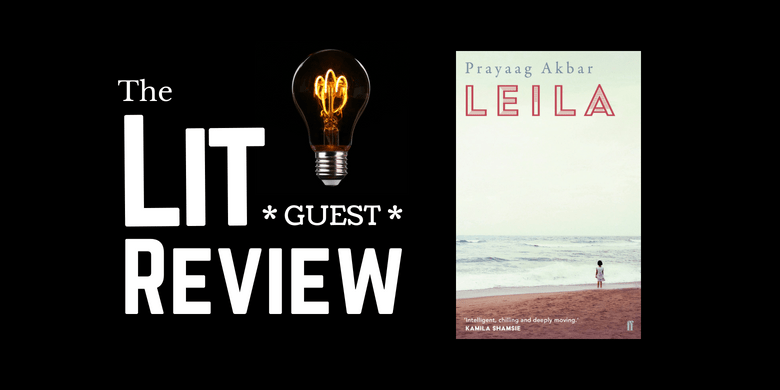 Who: Prayaag Akbar is a writer and journalist. A former deputy editor of Scroll, his award-winning reporting and commentary have examined various aspects of marginalisation in India. He studied at Dartmouth College and the London School of Economics. He lives in Mumbai with his wife and their cat, and works as a consulting editor with Mint, a leading Indian newspaper. Leila is his debut novel.

What: In a near-future city in India, society is fixated on the concept of purity and people revert to communal segregation based on caste. Divided by walls, communities are guarded by brutish men known as the Repeaters and permissions are needed to enter any one sector. In this bleak world of oppressive patriarchy and ostracism, Shalini searches for her lost daughter Leila, who was taken from her 16 years ago. This is a story of suffering and redemption and what it truly means to be human.

Why: Prayaag Akbar’s writing is simple yet engaging. The story starts off slow but once the pace picks up, it becomes a real page-turner. Shalini is a compelling and flawed character where you might find yourself first feeling bad for her, and then realising that she probably did not deserve your full sympathy. That said, she is not an unlikable character and you will most likely root for her as she searches for her daughter.

It is undeniable that this story is very much like Margaret Atwood’s The Handmaid’s Tale. Female narrator? Check. Communal segregation based on social class? Double check. Non-linear narrative that jumps between past and present? Triple check. That said, Leila isn’t a mere copycat story. The dystopia in Leila is more realistic and mirrors what real-world India could become if India’s social issues persist (i.e. prohibition of inter-caste marriages; the widening gap between the rich and the poor; the oppression of women). And it is this social realism that makes Leila a much more disturbing read.

Best/Worst Line(s): To her I am an emptiness, an ache she cannot understand but yearns to fill. No. I have left more, a glimmer at least. The blurred outline of a face. A tracery of scent. The weight of fingertips on her cheek. The warmth of her first cradle, my arms.

Verdict: Dystopian or speculative, Leila is an enjoyable story that sometimes hits a little too close to home. I was just a tad bit disappointed with the ending, but I suppose it works for this story. (9/10)

Special thanks to Times Distribution for a review copy of the book.