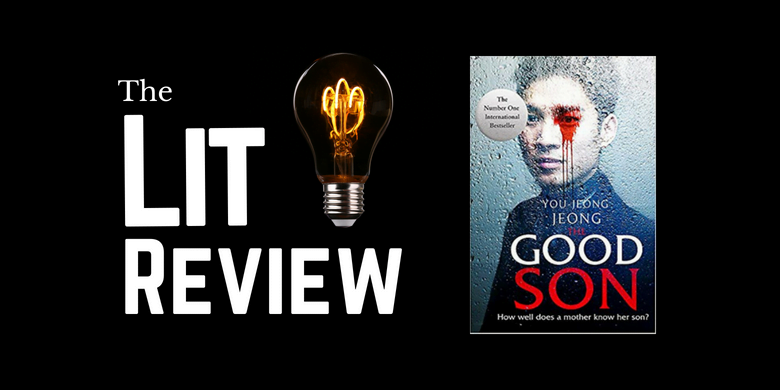 Who: You-Jeong Jeong initially trained as a nurse but is now South Korea’s leading writer of psychological thrillers and crime fiction. She is the award-winning author of four novels including Seven Years of Darkness, which was named one of the top ten crime novels of 2015 by German newspaper Die Zeit. Her work has been translated into seven languages. The Good Son, a No. 1 bestseller in Korea, is the first of her books to appear in English. The novel is translated by award-winning translator Chi-Young Kim.

What: Having suffered from seizures since he was a child, 26-year-old Yu-jin often has trouble with his memory. He wakes early one morning in such a state, having no recollection of what happened and why he is covered in blood. He soon discovers his mother’s murdered body lying in a pool of blood at the bottom of the stairs of their stylish Seoul duplex. Over the next few days, fragments from his memory of the night start surfacing in his head, eventually forming a clear picture of what happened and the truth about Yu-jin, his family and the extent to which a mother will go to protect herself and her son.

Why: I enjoyed the way this story unfolded, the unhurried pace of the storytelling. It is told from Yu-jin’s perspective, and because it begins with him suffering temporary amnesia, the search for the truth feels raw, authentic and heart-thumpingly urgent.

Throughout the book, the narrative switches from the present to the past to unpack Yu-jin’s complicated past. There’s his once-promising prospects in competitive swimming derailed by a propensity for seizures, being prescribed drugs that dull his body and mind, and crucially, the tragic incident that claimed the lives of his older brother and father, as well as the way his adoptive brother, Hae-jin, comes into the picture.

Slowly, like mist dispersing over a landscape, the truth is revealed, but not without much second-guessing on my part due to the red herrings the author deploys. It’s a deft psychological thriller that toys with you and shocks you to your core.

Verdict: Tense, gripping, and chilling, this is one deliciously twisted tale. (8/10)

Special thanks to Pansing Distribution for an advance reading copy of the book.