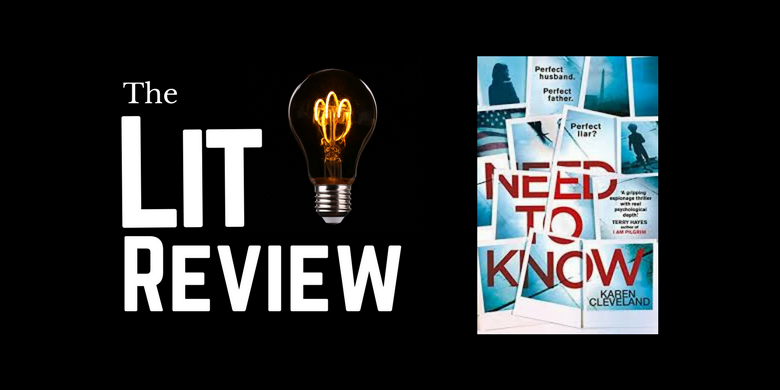 Who: Former CIA analyst Karen Cleveland hung her intelligence hat up in exchange for a writing career. Need To Know is her debut novel, and the film rights for the book have already been bought by Universal Pictures (Charlize Theron is reportedly acting in it).

What: CIA counterintelligence analyst Vivian Miller is working on uncovering a Russian sleeper cell in the US. After accessing the computer of a potential Russian operative, Vivian stumbles on a secret dossier of deep-cover agents and discovers to her utter horror that one of the sleeper agents is her husband, the man she has been married to for over two decades and has four children with. She is faced with impossible choices, torn between loyalty and betrayal, allegiance and treason, love and suspicion.

Why: While the whole espionage premise may be outside most of our scope of personal experience, the emotional turmoil, the hurt and betrayal that Vivian has to deal with is only too familiar for some of us. Right from the first chapter, we discover with Vivian that her husband is a Russian spy. We are taken through the gamut of emotions that such a revelation undoubtedly brings: shock, horror and disbelief, followed quickly by self-questioning and distrust. The bulk of the novel focuses on Vivian’s struggle to come to terms with the truth, and she replays their years together and sees that all the red flags she missed were there all along. Being a CIA agent, this is especially galling for her, and we feel nothing but sympathy for Vivian.

The story of their past is juxtaposed with the present, where Vivian makes the decision, for better or worse, to protect her family. That decision eventually comes to a head in a showdown with the Russian handler. Yes, it takes some time to get there, but the last quarter of the book is where all the action takes place. There are twists that you may or may not have seen coming, culminating in an ending that will likely make your jaw drop.

Verdict: While Cleveland takes her time to flesh out the characters and their stories, she manages to deliver a satisfactorily heart-thumping espionage thriller. (6.5/10)