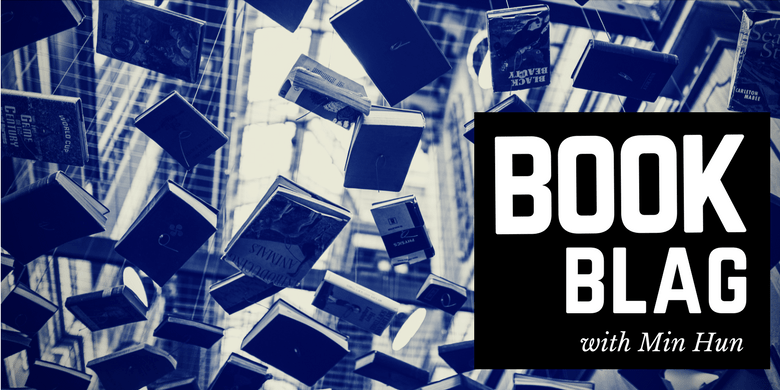 First, a big thanks to our suppliers APD Singapore, MPH Distributors, Pansing and Times Distribution for the advance reading copies they’ve kindly given to us. They really help us make our buying decisions, and keep us in the know of what’s going on out there. This week’s ARC of Willy Vlautin’s Don’t Skip Out On Me comes to us courtesy of Times Distribution. Thanks guys. 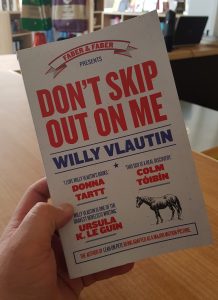 Generously blurbed by Donna Tartt, the late Ursula K. Le Guin and Colm Tòibìn, and featuring a sketch of a horse on the front cover, I was expecting a gritty western with tobacco chewing, hard-as-nail cowboys and swaggering chaps. Perhaps a bit of a romance, some fights, and characters with quick tempers and penchants for vengeance. ‘Don’t Skip Out On Me’ is and isn’t that kind of novel.

The story revolves around Horace Hopper, a half-Irish, half-Indian ranch hand with dreams of becoming a champion professional boxer. Strangely, he believes that he has to pretend he is a Mexican in order for this dream to come true because ‘Mexican boxers are the toughest… They go toe-to-toe. They’re true warriors who never quit, who never back down, who are never scared’. This despite being unable to learn the most rudimentary Spanish and a latent inability to stomach Mexican food.

This naïve outlook on his route to success is bolstered by the teachings of a third-rate self-help guru — “To be a champion you have to create your own future… You have to build your boat little by little and brick by brick until it’s unbreakable and unbeatable” —, an almost unbearable fear of failure and, arguably, an overly coddling adoptive father/employer. But perhaps this is preferable to the alternative of viewing one’s self an unwanted half-breed, good for nothing except as a drain for a bottle of cheap grain whiskey.

The caricature of the half-Indian may seem harsh but it is nevertheless not an untrue one. In the two years that I spent in Indian country as a news reporter in Fort Smith, Canada, I bore witness to the systemic abuse faced by many native Americans — abuse that came from both within and without. I’d met a few native Americans, who like Hopper, had internalised the worst of these. Unlike Horace, the majority of them fell into a spiral of self-debasement leading to substance abuse and generational cycles of recrimination.

From this perspective, Horace’s optimism for himself — even if he has to reject his identity to don the trappings of Hector Hidalgo, an el boxeador — is heartening. But, as with all adopted identities, it is a fragile shell and one that is easily cracked. To his disgust and immediate regret, he lies to protect his identity as Hector Hidalgo with the most preposterous of claims:

“Horace Hopper is the name I was given later on, it’s what’s on my ID, but my real name is Hector Hidalgo. That’s the name my dad has — that’s the name he gave me before he got murdered… He got murdered in front of me when I was 12. In the driveway of our house. he stood up against a drug cartel and they killed him for it. After that, my mother was so worried she changed our name to Hopper.”

Meanwhile, he ploughs onward in life the same way as he does in boxing: He gets hit a lot, but hits back harder. It didn’t matter how many punches he had to take to get his hard, solid punches in so long as he was the only one left standing in the ring. The strategy works for a while and he enjoys some early success with his boxing career. But success earned under a false name and identity always rings hollow, and leads to difficult questions about the suppressed self.

Who: Willy Vlautin is an American author and was the lead singer and songwriter of the Portland, Oregon band Richmond Fontaine and is currently a member of The Delines. His previous novel Lean on Pete was adapted into a major motion picture and screened at the 74th International Venice Film Festival.

Verdict: I finished Don’t Skip Out On Me in two sittings. It’s not a boxing book and it’s not really a Western, but Horace is a sympathetic protagonist. The setting of the novel may seem a bit alien to local readers, and the Latino flavour of the book may not be up everyone’s alley but it’s a book that sits well with perseverance. (7.5/10)

1 thought on “ARC Review: Willy Vlautin’s ‘Don’t Skip Out On Me’”