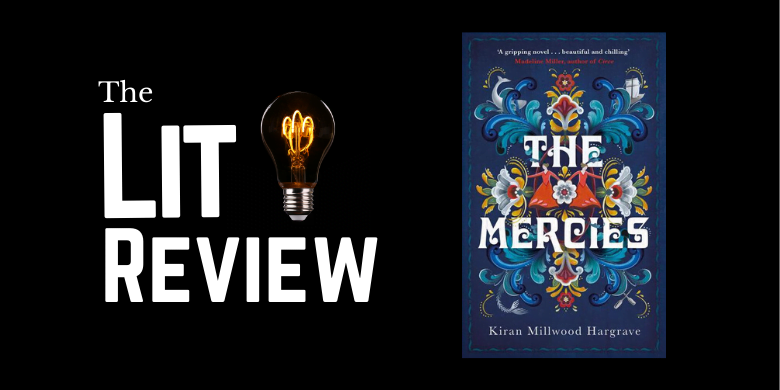 After having conquered the world of children’s fiction, British novelist Kiran Millwood Hargrave sets out to make her mark in adult fiction with The Mercies, a historical novel that throws into sharp relief the struggles of women forced to live lives dictated by men, and the perils of self-righteousness.

The novel is based on the witch trials that took place in 1621 in Vardø, Norway, where more than 91 women as well as Sámi men were found guilty of witchcraft and put to death. At the site today stands a memorial by Louise Bourgeois and Peter Zumthor to mark the tragedy which itself is the the main catalyst of Hargrave’s novel.

At its heart, The Mercies is about the complex lives of women told through the lens of two very different ladies, Maren and Ursula, or Ursa. The novel begins on Christmas eve, 1617, in the remote fishing village of Vardø, where a sudden, ferocious storm claims the lives of 40 fishermen out at sea, leaving the women of this tight-knit community reeling in shock and horror. Among them is Maren, whose betrothed, brother, and father all perished in the storm. In the following months, led by the feisty Kirsten, Maren and the women take on tasks that are usually the purview of men, such as going out to sea to fish. Even though it is a matter of survival, Pastor Kurtsson (who was sent to shepherd the community after the tragedy) and a few of the women disapprove and deem it improper for a woman to do. Kirsten, Maren and et al carry on, regardless, and the women thrive in their new reality without their men.

The narrative then switches to Ursa, a well-bred young woman from the city of Bergen in the south who is made to marry a man chosen by her father, the sanctimonious Absalom Cornet. He has just been appointed the new commissioner of Vardø, and the couple set off for the north soon after the nuptials. Ursa is ill-prepared for her new life as wife to a man who has little regard for her other than in the bedroom, and is also clueless at keeping house having grown up with servants. She turns to Maren for help, and Maren on her part finds herself irresistibly drawn to Ursa. The two soon become inseparable.

Meanwhile, the commissioner’s true purpose for being appointed to Vardø is made chillingly clear: he is to root out witchcraft and all who practise it. Some of the women in the community, namely those who were opposed to Kirsten and her taking charge, are only too eager to help Cornet along and take it upon themselves to condemn the other group of women, leading to devastating outcomes.

“[Maren] had thought she had seen the worst from this harbour, thought nothing could rival the viciousness of the storm. But now she knows she was foolish to believe that evil existed only out there. It was here, among them, walking on two legs, passing judgment with a human tongue.”

Parallels can certainly be drawn with what we see in today’s “witch hunts” that often take place on social media. With a fervour fuelled by self-righteousness, keyboard warriors draw conclusions based on suspicion and scant knowledge, and proceed to hang the accused out to dry, confident of their judgment. The Mercies is a timely caution against this treacherous path that is all too easy to tread, and the harm it causes.

Hargrave has written a surefooted novel that, while a bit slow in parts, makes for an absorbing, if sobering read. You feel for both Maren and Ursa and their individual as well as collective struggles as women bound by the dictates of society and by men. But perhaps the most heartbreaking thing of all is the depiction of women rising against other women.

In an interview with Kirkus, the author reveals that she did not want to focus on the violence of the trials but on the lives of women. She says, “I’m always quite queasy when I read a witch trial book because it does feel voyeuristic, and it does feel like you’re luxuriating in the violence being done to women. I’m also interested in how you get to that stage and I wanted the propulsion to come not through these kind of unimaginable acts [of violence], but through very imaginable acts.”

Verdict: The ending feels a bit rushed but the solid main characters and intriguing story more than make up for it. (7/10)

Special thanks to Pansing Distribution for an advance review copy of the book.