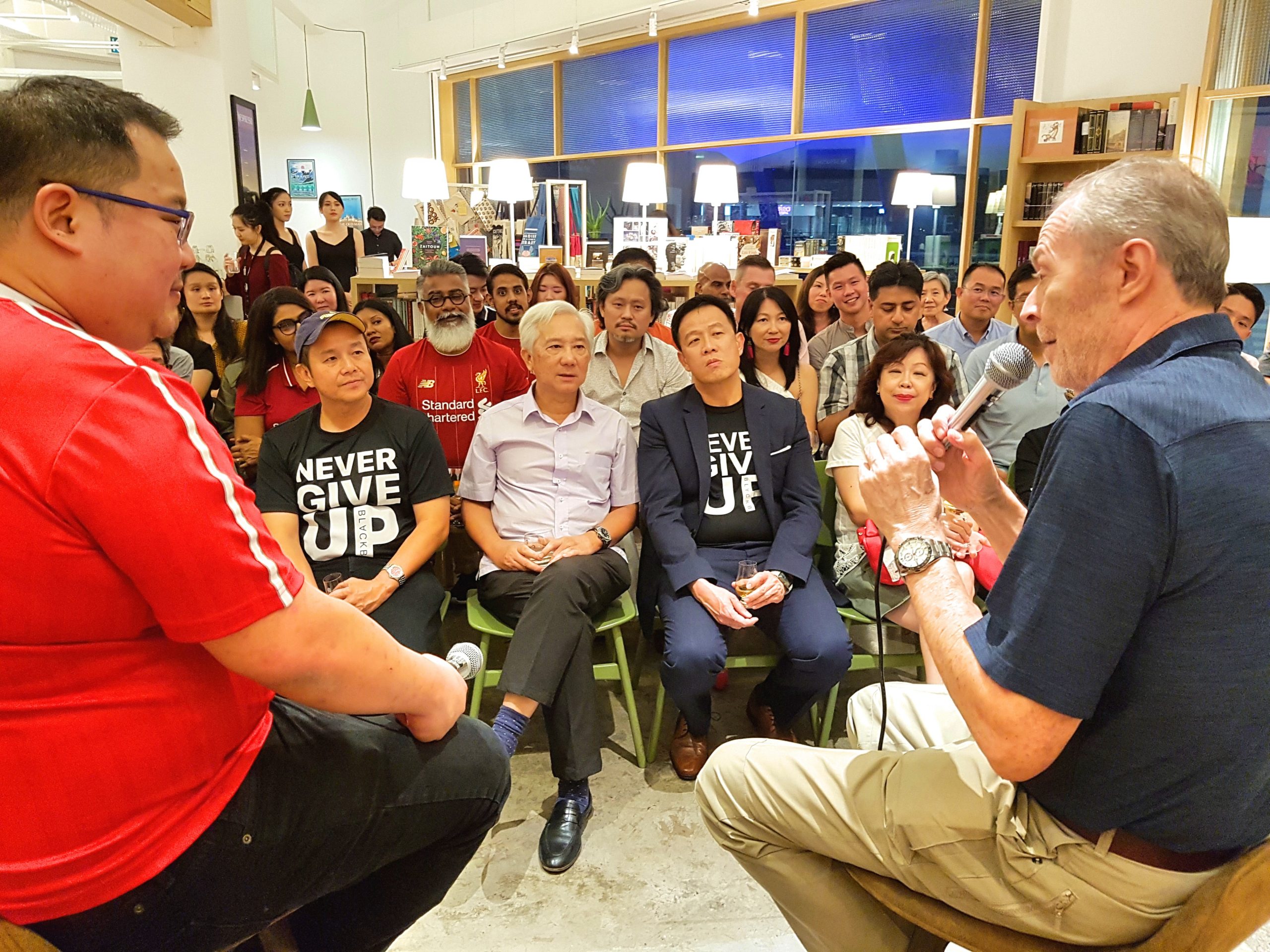 Welcome to the fourth episode of the Lit Rewind.

Every now and then, our bookshop hosts events that brings together writers and readers to discuss all things literary. So when The Edge Options approached us to jointly launch a book by one of their columnists, Bob Holmes, we jumped at the opportunity. Further sweetening the deal was the fact that Bob’s book, Shanks, Yanks and Jurgen, concerned the history and revival of the best football team in the world, Liverpool FC.

While the launch did not rival the famed European nights at Anfield, it came pretty close thanks in part to The Edge’s kind sponsorship of the refreshments for the evening. The event was kicked off by The Edge’s CEO and Publisher Ho Kay Tat who is a life-long Chelsea fan. But we won’t hold that against him… much.