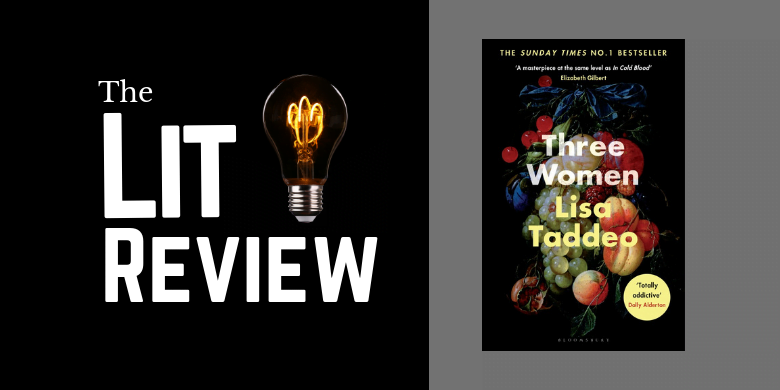 Who: Lisa Taddeo is a New York Times best-selling author, journalist and two-time recipient of the Pushcart Prize for her short stories. Three Women became an instant best seller when it was published earlier this year.

What: Three Women is the product of a near-decade long reporting project where Taddeo follows the lives of three American women, each from different backgrounds but nevertheless struggle to fill an undefined void — let’s call it desire — in themselves. Through extensive research, interviews and meetings, Taddeo creates a compelling profile of these women to take us through the genesis and evolution of their individual desire and their drive to seek fulfilment.

The first of the three women is Maggie Wilken, who is the only one of the three to keep her real name in Taddeo’s book. When the book begins, we find her preparing to give victim testimony in a criminal case involving her former high school teacher, Aaron Knodel. Maggie, now 23, claims she had a sexual relationship with Aaron when she was 17 and desperate for love and security. By her account, Aaron promised to leave his wife when Maggie turned 18, but instead ends the affair on the day he turned 30.

However, Maggie realises quickly that the court of public opinion in the quiet community of Fargo is very much stacked against her; that the word of an accomplished, respectable white man is worth so much more in a community that prizes those traditional laurels of masculinity. “It is highly, highly, highly unlikely” for a man as decorated and loved and respected as Aaron Knodel to do the things [Maggie] claims he has done,” the defence argues, and produces witness after witness, at one point a former beauty queen, to testify to his decorousness, his belovedness and his respectedness.

In suburban Indiana, Lina has recently separated from her husband and is conducting an affair with her first love and marries ex-boyfriend. We find her at a women’s discussion group behind her doctor’s office where the participants are picking over each other’s confessions and declarations, slavering, coveting, judging — “lean[ing] forward into the guilty attraction of Lina’s story”. But Lina knows what the affair is; she knows “Aidan is not the greatest man in the world” but her almost voracious desire for this man is fuelled by a desperation borne out of an unsatisfying marriage to a husband who finds the act of kissing her “offensive”, behaviour that their couples’ therapist rationalises as normal. Aidan, imperfect as he is, offers succour from her barren marriage.

Finally, there is Sloane — a beautiful, successful restaurateur who grew up with privilege and blessed with shrewd political, social and business nous. On the surface, she is flawless, but her veneer hides cracks that manifest themselves as a preternatural desire to submit and please. With her husband’s blessings — more accurately, upon his insistence — she has sex with other men and women, sometimes together with her husband, other times without.

Bookending the stories of these three women are Taddeo’s own recollection of her mother. Of the way in which society actively and passively mould the female of our species, projecting expectations and demanding compliance, there would be little difference between this generation and the generation of her mother’s. “Don’t let them see you happy,” her mother whispers. “Everyone… other women, mostly.”

Why: Three Women does what it does — prose, research, narrative, etc — superlatively well. The descriptions are for the most part vivid and crisp and, barring a few literary allusions that failed to hit the target, is a compelling page turner. The characters are fully fleshed out, and Taddeo’s greatest strength is her ability to create strong, believable narratives for her subjects.

The textured and rich details of the lives of each woman testifies to Taddeo’s journalistic prowess. Their stories — and Taddeo is forthcoming from the very beginning that “[t]here are many sides to all stories, but this is theirs” — make for compelling reading and reaffirm the Foucauldian conviction that the body and sexuality remains a direct locus of social control. This may well be the “vital truths about women and desire” that Taddeo identifies in her author’s note, truths that are conveyed by the lives of these women.

But is it not clear from the book which are the truths and which are not. This problem of equivocation runs the risk of essentialising women’s (and men’s) experience, which is in part exacerbated by the sameness–coincidental or not–of the three women appearing in the book. Granted, each of the women come from differing economic and social standings, but they are also all of Caucasian extraction; they all report traumatic childhoods and/or adolescence: disinterested alcoholic parents in Maggie’s case, gang-rape in Lina’s and familial dysfunction in Sloane’s. These last two factors either lend further credence to the typecasting thesis or suggest a universal facet of women’s existence that is marked by violence at the hands of men.

This by no means should be taken to suggest that the women’s narratives are not sympathetic; indeed, they are powerful reminders of the social controls that remain in place shackling female autonomy and that injustice remains in our legal, social and cultural institutions. And Taddeo is writing in the US — what more here in Malaysia? Taddeo is also right when she writes that “so many of the fears about [female] desire seem to be things we should have overcome years ago”. (Meanwhile, in Malaysia, a lawmaker recently mooted a bill that would have protected men from being seduced by women into a life of sin. Go figure.)

Verdict: A compelling read that reaffirms the power imbalance in gender relations. It is a multi-layered book that invites discourse but questions remain over its aim. (6/10 or 9/10 — depending)

Thanks to Bloomsbury for an advanced reading copy of Three Women.