“Brian Evenson is one of the treasures of American story writing, a true successor both to the generation of Coover, Barthelme, Hawkes and Co., but also to Edgar Allan Poe.” –Jonathan Lethem

A woman falling out of sync with the world; a king’s servant hypnotized by his murderous horse; a transplanted ear with a mind of its own–the characters in these stories live as interlopers in a world shaped by mysterious disappearances and unfathomable discrepancies between the real and imagined. Brian Evenson, master of literary horror, presents his most far-ranging collection to date, exploring how humans can persist in an increasingly unreal world. Haunting, gripping, and psychologically fierce, these tales illuminate a dark and unsettling side of humanity.

Praised by Peter Straub for going “furthest out on the sheerest, least sheltered narrative precipice,” Brian Evenson is the author of ten books of fiction. He has been a finalist for the Edgar Award, the Shirley Jackson Award, and the World Fantasy Award, and the winner of the International Horror Guild Award, and the American Library Association’s award for Best Horror Novel. Fugue State was named one of Time Out New York’s Best Books of 2009. The recipient of a National Endowment for the Arts fellowship and three O. Henry Prizes, including one for the title story in “Windeye,” Evenson lives in Providence, Rhode Island, where he directs Brown University’s Literary Arts Department. 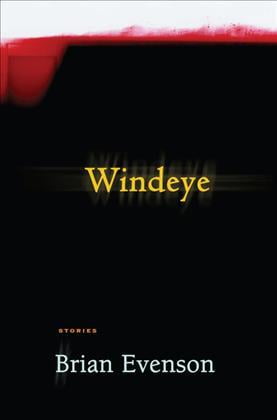 You're viewing: Windeye RM75.90
Add to cart
Join Waitlist We'll alert you as soon as the product comes back in stock! Please leave your email address and quantity sought in the fields below.