The New York Times Best Historical Fiction of 2020 The Guardian’s Best Fiction of 2020 Thrillist’s Best Books of the Year Daniel Kehlmann transports the medieval legend of the trickster Tyll Ulenspiegel to the seventeenth century in an enchanting work of magical realism, macabre humor, and rollicking adventure. Tyll is a scrawny boy growing up in a quiet village until his father, a miller with a forbidden interest in alchemy and magic, is found out by the church. After Tyll flees with the baker’s daughter, he falls in with a traveling performer who teaches him his trade. As a juggler and a jester, Tyll forges his own path through a world devastated by the Thirty Years’ War, evading witch-hunters, escaping a collapsed mine outside a besieged city, and entertaining the exiled King and Queen of Bohemia along the way. The result is both a riveting story and a moving tribute to the power of art in the face of the senseless brutality of history. Translated from the German by Ross Benjamin 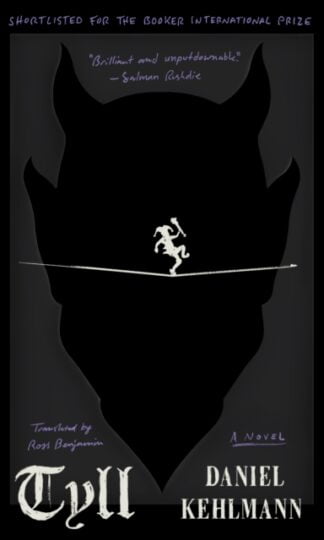 You're viewing: Tyll RM56.50
Add to cart
Join Waitlist We'll alert you as soon as the product comes back in stock! Please leave your email address and quantity sought in the fields below.