The Rub Of Time

The definitive collection of essays and reportage written during the past thirty years from one of most provocative and widely read writers–with new commentary by the author. For more than thirty years, Amis has turned his keen intellect and unrivaledprose loose on an astonishing range of topics–politics, sports, celebrity, America, and, of course, literature. Now, at last, these incomparable essays have been gathered together. Here is Amis at the 2011 GOP Iowa Caucus, where, squeezed between windbreakers and woolly hats,” he pours over The Ron Paul Family Cookbook and laments the absence of “our Banquo,” Herman Cain. He writes about finally confronting the effects of aging on his athletic prowess. He revisits, time and time again, the worlds of Bellow and Nabokov, his “twin peaks,” masters who have obsessed and inspired him. Brilliant, incisive, and savagely funny, The Rub of Time is a vital addition to any Amis fan’s bookshelf, and the perfect primer for readers discovering his fierce and tremendous journalistic talents for the first time”– 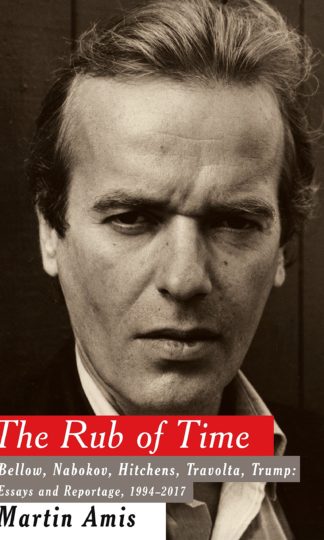 You're viewing: The Rub Of Time RM136.50
Add to cart
Join Waitlist We'll alert you as soon as the product comes back in stock! Please leave your email address and quantity sought in the fields below.