The One and the Many

“There is no one better placed than François Déroche to write the history–and tell the story–of how the Quran went from words uttered by Muhammad to inviolable canonical scripture. This is a meticulous, lucid, and fascinating book.”–Shawkat Toorawa, Yale University.

According to Muslim dogma, the recited and written text of the Qur’an as we know it today scrupulously reflects the divine word as it was originally sent down to Muhammad. An examination of early Islamic sources, including accounts of prophetic sayings, all of them compared with the oldest Qur’anic manuscripts, reveal that plurality was in fact the outstanding characteristic of the genesis and transmission of the Qur’an, both textually and orally.

By piecing together information about alternative wordings eliminated from the canonical version that gradually came to be imposed during the first centuries of Islam, François Déroche shows that the Qur’an long remained open to textual diversity. Not only did the faithful initially adopt a flexible attitude toward the Qur’anic text, an attitude strikingly at odds with the absolute literalism later enforced by Muslim orthodoxy, but Muhammad himself turns out to have been more concerned with the meaning than the letter of the divine message. 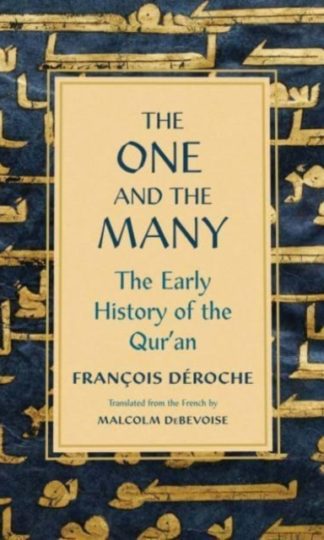 You're viewing: The One and the Many RM153.50
Add to cart
Join Waitlist We'll alert you as soon as the product comes back in stock! Please leave your email address and quantity sought in the fields below.