A history of Islamic thought – from its foundation in the seventh century to the present day – in 250 pages from a brilliant historian of the Islamic world. ‘A magisterial accomplishment based on extensive reading into Islamic sources across the centuries’ Professor Eugene Rogan, author of The Arabs: A History’This lucid, concise and humane book is the best guide to Islamic thinking that I’ve read’ James Barr, author of A Line in the SandDay after day we read of the caliphate and the Qur’an, of Sunni and Shi’a, Salafis and Sufis. Almost a quarter of the world’s populate is Muslim.

Understanding the modern world requires knowing something about Islam. Tracing fourteen centuries of Islamic history – from the foundation of Islam in the seventh century and the life of Muhammad, through the growth of great Islamic empires, to the often fraught modern period – Fitzroy Morrissey considers questions of interpretation and legacy, of God and His relationship with His followers, of the lives of Muslims and how they relate to others. He presents the key teachings of the Qur’an and Hadith, analyzes the great works of Islamic theology, philosophy, and law, and delves into the mystical writings of the Sufis.

He considers the impact of foreign cultures – Greek and Persian, Jewish and Christian – on early Islam, accounts for the crystallization of the Sunni and Shi’i forms of the faith, and explains the rise of intellectual trends like Islamic modernism and Islamism in recent times. In this way, Morrissey presents not a monolithic creed, but a nuanced faith made up of several often competing – and always fascinating – intellectual tendencies. This concise and engaging volume will appeal to readers looking to better understand the world’s second largest religion and to those interested in the intellectual history of the last millennium and a half. 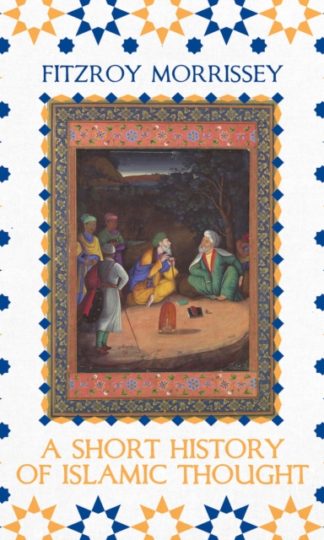 You're viewing: Short History Of Islamic Thought RM112.90
Add to cart
Join Waitlist We'll alert you as soon as the product comes back in stock! Please leave your email address and quantity sought in the fields below.