The Journey of Humanity

A landmark, radically uplifting account of our species’ progress from one of the world’s pre-eminent thinkers – with breakthrough insights into the power of diversity and our capacity to tackle climate change.

‘Astounding in scope and insight … provides the keys to the betterment of our species’ Nouriel Roubini, author of Crisis Economics

‘A masterful sweep through the human odyssey … if you liked Sapiens, you’ll love this’ Lewis Dartnell, author of Origins

What are the keys to human progress? In the last two hundred years, stunning advances in health, wealth and lifespan have fundamentally transformed the experience of being human, at least for some.

But this was no accident of history. Drawing on a lifetime’s investigation, Oded Galor identifies the universal forces behind this change, and so unlocks the mystery of human development.

Galor’s breakthrough vision upends many assumptions. The game-changing revolution of recent centuries was not industrialisation but mass education; not the era of child labour but the end of it.

New technology can enhance living standards – but it has done so only by reducing family size and spurring greater gender equality. Meanwhile, differing levels of diversity, stemming from patterns of human migration tens of thousands of years ago, have been as powerful in determining the fate of nations as colonialism or geography.

How did Europe soar ahead of previously more advanced civilisations such as China and the Ottoman Empire? Why are Bolivia’s challenges the opposite of Ethiopia’s? Is continued growth compatible with tackling the climate crisis? Making astounding connections across continents and millennia, The Journey of Humanity answers all these questions and more in a bold and captivating narrative that reframes our understanding of human history. Its transformative and ultimately hopeful vision contains the keys not only to the thriving of our species but to our survival.

‘An engaging and optimistic answer to anyone who thinks that poverty and inequality will always be with us’ Ian Morris, author of Why the West Rules – For Now

Loury, author of The Anatomy of Racial Inequality 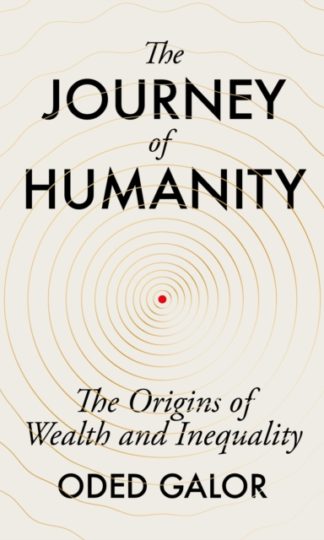 You're viewing: The Journey of Humanity RM89.95
Add to cart
Join Waitlist We'll alert you as soon as the product comes back in stock! Please leave your email address and quantity sought in the fields below.