The Hill We Climb

“The Hill We Climb” is a spoken word poem written by Amanda Gorman and recited by her at the inauguration of Joe Biden on January 20, 2021. The poem was written in the weeks following the 2020 United States presidential election, with significant passages written on the night of January 6, 2021, in response to the storming of the United States Capitol. Gorman was twenty-two years old when she recited the poem, making her the youngest inaugural poet ever.

The poem was written to call for “unity and collaboration and togetherness” among the American people and emphasize the opportunity that the future holds.[1] “The Hill We Climb” was widely praised for its message, phrasing, and delivery. Critics generally considered the recitation one of the highlights of the inauguration. Many felt that the poem represented a call for unity and would remain relevant beyond the inauguration. Gorman drew large amounts of attention, particularly on social media, after the poem’s recitation and two upcoming books by Gorman topped best seller lists. 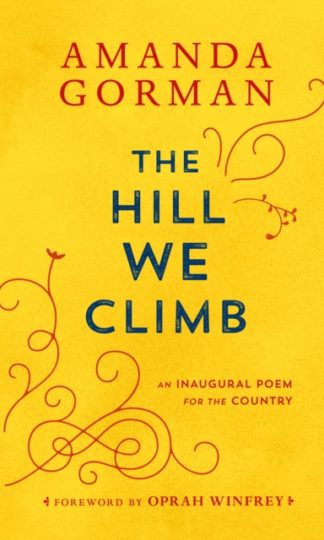 You're viewing: The Hill We Climb RM64.95
Add to cart
Join Waitlist We'll alert you as soon as the product comes back in stock! Please leave your email address and quantity sought in the fields below.