One of the most prominent thinkers of the 19th century, Nietzsche was a cultural critic and philosopher whose theories on truth, morality, nihilism and the meaning of existence have had enormous influence on Western philosophy. This box set contains his most prominent works, including:

• Human, All Too Human
• Thus Spake Zarathustra
• Beyond Good and Evil
• On the Genealogy of Morals
• Ecce Homo

These influential essay collections have profoundly shaped modern philosophy and remain as pertinent now as they ever were. 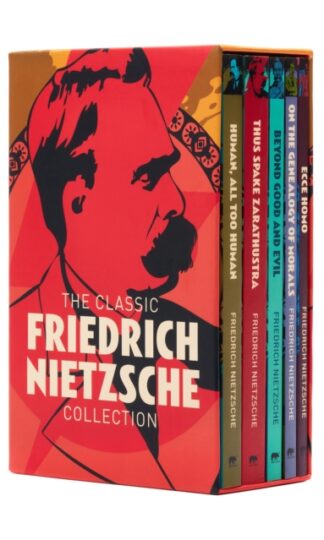 You're viewing: The Classic Friedrich Nietzsche Collection: 5-Volume box set edition RM229.90
Add to cart
Join Waitlist We'll alert you as soon as the product comes back in stock! Please leave your email address and quantity sought in the fields below.