Kusanagi pointed at Yukawa with his fork. “When it comes to unraveling impossible crimes, you’re the master. It’s time for Detective Galileo to stand up.

A popular young girl disappears without a trace, her skeletal remains discovered three years later in the ashes of a burned-out house. There’s a suspect and compelling circumstantial evidence of his guilt, but no concrete proof. When he isn’t indicted, he returns to mock the girl’s family. And this isn’t the first time he’s been suspected of the murder of a young girl, nearly twenty years ago he was tried and released due to lack of evidence. Chief Inspector Kusanagi of the Homicide Division of the Tokyo Police worked both cases.

The neighborhood in which the murdered girl lived is famous for an annual street festival, featuring a parade with entries from around Tokyo and Japan. During the parade, the suspected killer dies unexpectedly. His death is suspiciously convenient but the people with all the best motives have rock solid alibis. Chief Inspector Kusanagi turns once again to his college friend, Physics professor and occasional police consultant Manabu Yukawa, known as Detective Galileo, to help solve the string of seemingly impossible murders. 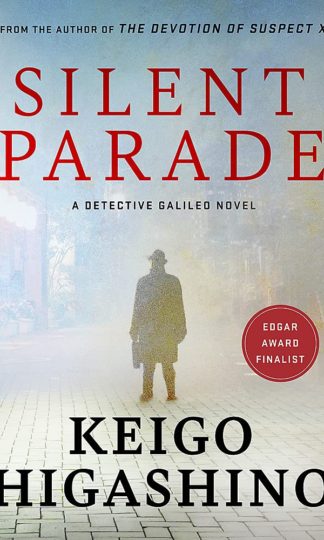 You're viewing: Silent Parade RM79.90
Add to cart
Join Waitlist We'll alert you as soon as the product comes back in stock! Please leave your email address and quantity sought in the fields below.