Looking After the Ashes

If you eat while lying down, you will turn into a snake. If you don’t polish off all the rice on your plate you will marry a man full of pimples and pockmarks.
Looking After the Ashes is a semi-biographical fiction of Kopi Soh’s childhood stories. Growing up in a large extended Taoist influenced Peranakan family filled with strong women, Kopi hears these words of ‘wisdom’ daily. She used to live in a world where clipping finger nails at night was strictly forbidden, pointing at the moon would result in one’s ears getting chopped off, and children were forced to stay indoors during sundown for fear of collision with evil forces. A world where mental disorders and illnesses were believed to be caused by malevolent spirits. Talisman, mediums and fortune tellers were a part of everyday life. 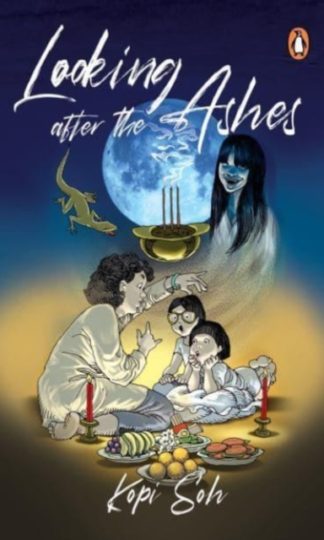 You're viewing: Looking After the Ashes RM68.95
Add to cart
Join Waitlist We'll alert you as soon as the product comes back in stock! Please leave your email address and quantity sought in the fields below.