A selection of original translations of the great Persian poet by an up-and-coming American translator and musician.

Up until the age of 40, the 13th century Persian sage Rumi was chiefly known as a preacher and a man of serious and sober views. At that point, however, an encounter with the poet Shams of Tabriz left him utterly transformed. Rumi became a poet himself, a poet in singleminded pursuit of ecstatic illumination and liberation whose poetry is meant to induce a similar revelation in his audience, bringing them to a condition of serenity, compassion, and oneness with the divine. Rumi’s poetry is a masterpiece of world literature to which readers in many languages continue to return for inspiration and succour as well as aesthetic delight. This new translation preserves the radical intelligence and the ecstatic drama of poems that are as full of individual character as they are of visionary wisdom. Marilyn Hacker, one of America’s finest contemporary poets, praises Haleh Liza Gafori’s new translations of Rumi as “the work of someone who is at once an acute and enamored reader of the original Farsi text, a dedicated miner of context and backstory, and, best of all, a marvelous poet in English.” 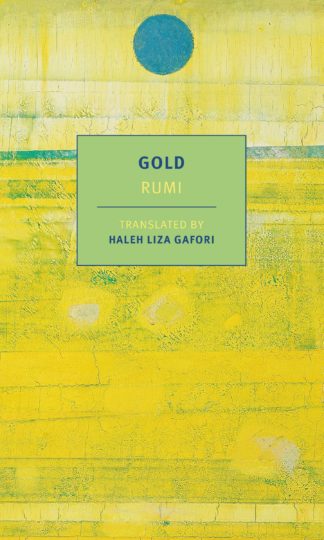 You're viewing: Rumi: Gold RM70.50
Add to cart
Join Waitlist We'll alert you as soon as the product comes back in stock! Please leave your email address and quantity sought in the fields below.