Scholarly, anxious Edwin Reardon had achieved a precarious career as the writer of serious fiction. On the strength of critical acclaim for his fourth novel, he has married the refined Amy Yule. But the brilliant future Amy expected has evaded her husband. The catastrophe of the Reardon’s failing marriage is set among the rising and falling fortunes of novelists, journalists, and scholars who labour ‘in the valley of the shadow of books’. George Gissing’s New Grub Street was written at breakneck speed in the autumn of 1890 and is considered his best novel. Intensely autobiographical, it reflects the literary and cultural crisis in Britain at the end of the nineteenth century. 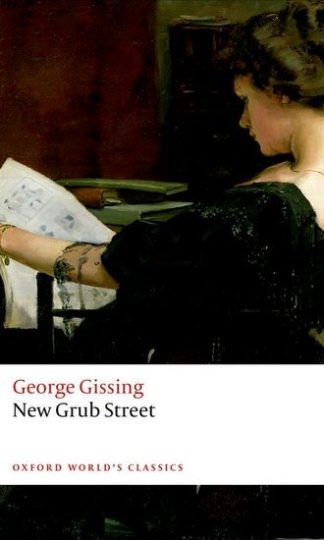 You're viewing: New Grub Street RM69.90
Add to cart
Join Waitlist We'll alert you as soon as the product comes back in stock! Please leave your email address and quantity sought in the fields below.