A dazzling literary thriller set in Japan-occupied China from the most translated Chinese novelist of our time. China, 1941. At the height of the Second World War, Japan rules over China.

In Hangzhou, a puppet government propped up by the Japanese wages an underground war against the Communist resistance. Late one night, five intelligence officers, employed as codebreakers by the regime, are escorted to an isolated mansion outside the city. The secret police are certain that one of them is a communist spy.

None of them is leaving until the traitor is unmasked. It should be a straightforward case of sifting truth from lies. But as each codebreaker spins a story that proves their innocence, what really happened is called into question again and again. 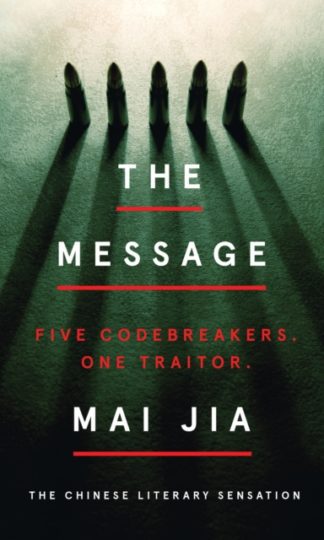 You're viewing: The Message RM49.90
Add to cart
Join Waitlist We'll alert you as soon as the product comes back in stock! Please leave your email address and quantity sought in the fields below.