Joking is teaching, so take care to listen – Don’t look at just the joke’s form of expression.To jesters every serious thing’s hilarious, While to the wise hilarious jokes are serious’Rumi is the greatest mystic poet to have written in Persian, and the Masnavi is his masterpiece. Divided into six books and consisting of some 26,000 verses, the poem was designed to convey a message of divine love and unity to the disciples of Rumi’s Sufi order, known today as the WhirlingDervishes. Like the earlier books, Book Four interweaves amusing stories with homilies to instruct pupils in understanding of God’s meaning. It has a special focus on the mystical knowledge of the spiritual guide, elaborated through stories such as Solomon’s inspiration to the Queen of Sheba, andanimal fables.This is the first ever verse translation of Book Four of the Masnavi. It follows the original by presenting Rumi’s most mature mystical teachings in simple and attractive rhyming couplets. 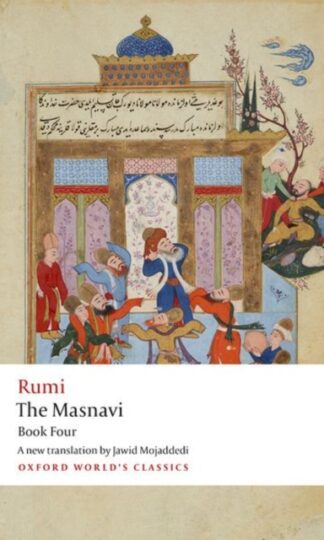 You're viewing: Masnavi Book Four RM62.90
Add to cart
Join Waitlist We'll alert you as soon as the product comes back in stock! Please leave your email address and quantity sought in the fields below.