Ludwig Wittgenstein, writes noted scholar Edward Kanterian, was a philosopher’s philosopher’. He was one of the founders of modern analytic philosophy and is regarded as the greatest philosophical genius since Immanuel Kant. In this book, Kanterian traces the complex relationship between the philosopher’s life, his work and his time. The author describes Wittgenstein’s eventful life, his numerous trips, and his friendships with some of the greatest thinkers of the twentieth century, including Bertrand Russell, John Maynard Keynes, George Edward Moore and Gilbert Royle. Kanterian also presents a careful account of Wittgenstein’s notoriously abstract philosophical works, from his early masterpiece Tractatus Logico-Philosophicus (1921) to the Philosophical Investigations, published posthumously in 1953. The author makes Wittgenstein’s work comprehensible to lay readers, as well as offering original interpretations that further illuminate the writings. Emerging from the highly sophisticated Viennese upper class at the turn of the last century, Wittgenstein had intellectual and artistic aspirations going far beyond theoretical philosophy. In particular he took great interest in art and music, and during his entire lifetime was deeply tormented by ethical and religious questions. There is something about Wittgenstein’s life and persona, the author believes, that captivates our collective imagination and seems to offer answers to the ethical problems of our own time. Kanterian sees Wittgenstein’s life as the focal point of important conflicts and tensions of an entire age. A readable, concise account that uses many telling quotations from the philosopher’s own writings, as well as numerous illustrations, this book will appeal to scholars and students of Wittgenstein, and the broad audience for introductions to philosophy. 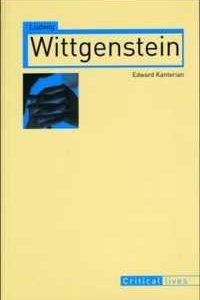 You're viewing: Ludwig Wittgenstein RM79.90
Add to cart
Join Waitlist We'll alert you as soon as the product comes back in stock! Please leave your email address and quantity sought in the fields below.