Jon Krakauer’s Into the Wild examines true story of Chris McCandless, a young man, who in 1992 walked deep into the Alaskan wilderness and whose SOS note and emaciated corpse were found four months later, internationally bestselling author Jon Krakauer explores the obsession which leads some people to explore the outer limits of self, leave civilization behind and seek enlightenment through solitude and contact with nature. A 2007 film adaptation of Into the Wild was directed by Sean Penn and starred Emile Hirsch and Kristen Stewart. 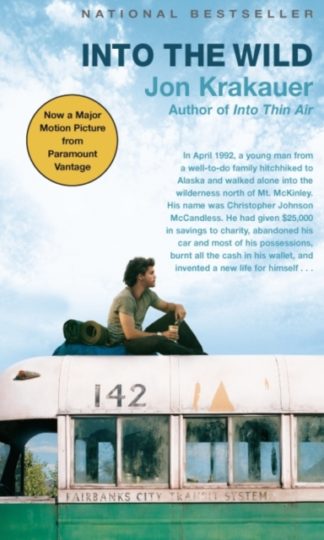 You're viewing: Into The Wild RM59.90
Add to cart
Join Waitlist We'll alert you as soon as the product comes back in stock! Please leave your email address and quantity sought in the fields below.