Earth is experiencing a sweltering heatwave caused by a second “sun” – a shining object in the sky that either looks like Pac-Man or a pizza missing a slice, depending on who you ask. As this object increases in size and risks making Earth uninhabitable, the Korean government decides it has to do its part and help the US-led Allied Space Force. Launch Something! is a sci-fi novel about a Korean Space Force that contains his quirky brand of political satire.

About the author
Bae Myung-hoon is one of the most popular science fiction writers in South Korea. Much of his work can be seen as political satire, and he has received both science fiction and traditional literary awards. 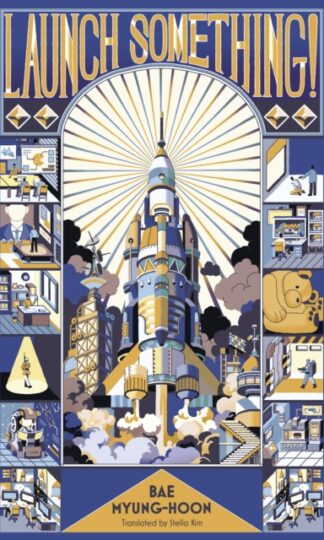 You're viewing: Launch Something! RM69.90
Add to cart
Join Waitlist We'll alert you as soon as the product comes back in stock! Please leave your email address and quantity sought in the fields below.