Economic theories and models shape our everyday lives. They are relied on by politicians when tax rises or cuts are being considered. They inform debates about everything from bonuses for CEOs to minimum wage rates to the level of job protection enshrined in law. They determine what levels of tobacco or petrol duty are charged, and influence government approaches to issues as diverse as obesity and climate change. The question is: are policy makers right to be so slavishly reliant on them? Tom Bergin is sceptical, and in Free Lunch Thinking he subjects eight of the most prevalent economic mantras to close scrutiny, assessing how they play out in practice. Again and again, he shows how individuals, companies and markets fail to respond to policy changes as theory predicts. He exposes the missed opportunities and wasted resources that result. And by tracing the development of key economic tenets, he demonstrates how their champions’ tendency to believe in phenomena for which they have little hard evidence leaves accepted economic wisdom frequently being more about faith than facts. His book both exposes and challenges lazy thinking. It also sets out a path for more considered future. 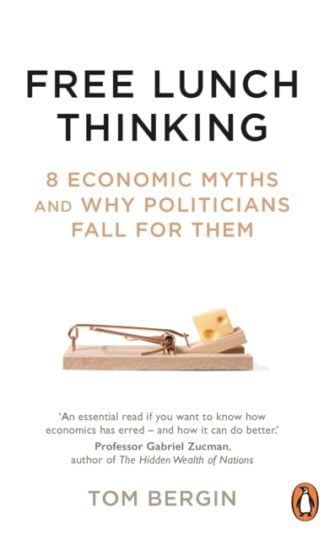 You're viewing: Free Lunch Thinking RM72.90
Add to cart
Join Waitlist We'll alert you as soon as the product comes back in stock! Please leave your email address and quantity sought in the fields below.