From one of the major innovators of New Journalism, Norman Mailer’s The Fight is the real-life story of a clash between two of the world’s greatest boxers, both in and out of the ring, published in Penguin Modern Classics. Norman Mailer’s The Fight focuses on the 1974 World Heavyweight Boxing Championship in Kinshasa, Zaire. Muhammad Ali met George Foreman in the ring. Foreman’s genius employed silence, serenity and cunning. He had never been defeated. His hands were his instrument, and ‘he kept them in his pockets the way a hunter lays his rifle back into its velvet case’. Together the two men made boxing history in an explosive meeting of two great minds, two iron wills and monumental egos. 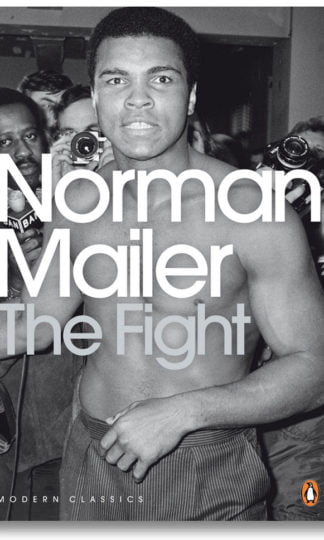 You're viewing: The Fight RM54.95
Add to cart
Join Waitlist We'll alert you as soon as the product comes back in stock! Please leave your email address and quantity sought in the fields below.