Hannah Arendt’s authoritative and stunning report on the trial of German Nazi SS leader Adolf Eichmann first appeared as a series of articles in the New Yorker in 1963. A major journalistic triumph by an intellectual of singular influence, Eichmann in Jerusalem is as shocking as it is informative – a meticulous and unflinching look at one of the most unsettling (and unsettled) issues of the twentieth century. 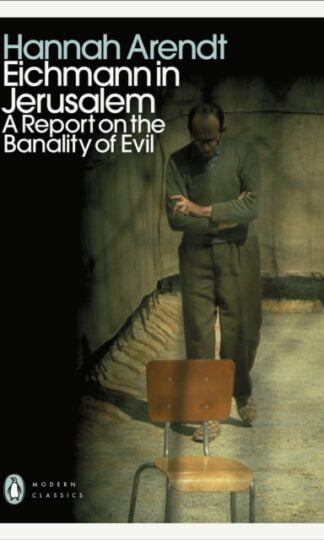 You're viewing: Eichmann in Jerusalem RM69.90
Add to cart
Join Waitlist We'll alert you as soon as the product comes back in stock! Please leave your email address and quantity sought in the fields below.