Pinerolo, Italy. April 1945. At a fascist conference, a writer disappears and is found dead at the bottom of a cliff. Thirty years later, a young man—a political activist or maybe a terrorist—interviews the survivors to try to uncover the truth about what happened and its consequences. Who was this writer? What did he believe in? Why, shortly before his death, did he save a man who could have killed him? Where is his lost work? And what does any of this have to do with a teenager in contemporary Milan involved in a violent confrontation with the police? Bold and incisive, Don’t Shed Your Tears for Anyone Who Lives on These Streets is a gripping examination of art-as-politics and politics-as-crime. 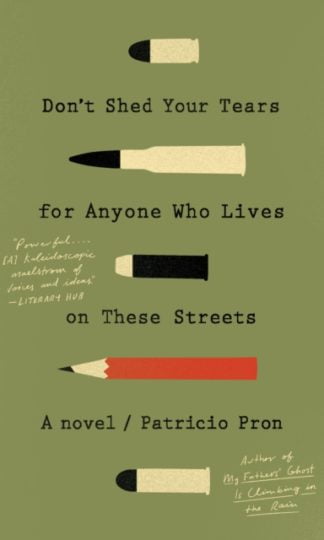 You're viewing: Don’t Shed Your Tears for Anyone Who Lives on These Streets RM79.95
Add to cart
Join Waitlist We'll alert you as soon as the product comes back in stock! Please leave your email address and quantity sought in the fields below.