‘The characters in Dhaliwal’s stories sparkle. They’re tenderly rendered and their problems are real… The struggle of the cyclops unfolds in metaphors for race, sexuality, gender, and disability, tangling with ideas about fetishization, interracial relationships, passing, and representation.’ Carmen Maria Machado, author of In The Dream House

Following the critical and popular success of Woman World the hit Instagram comic which appeared on 25 best of lists Aminder Dhaliwal returns with Cyclopedia Exotica. Also serialized on instagram to her 250,000 followers, this graphic novel showcases Dhaliwal’s quick wit and astute socio-cultural criticism.

In Cyclopedia Exotica, doctor’s office waiting rooms, commercials, dog parks, and dating app screenshots capture the experiences and interior lives of the cyclops community; a largely immigrant population displaying physical differences from the majority. Whether they’re artists, parents, or yoga students, the cyclops have it tough: they face microaggressions and overt xenophobia on a daily basis. However, they are bent on finding love, cultivating community, and navigating life alongside the two-eyed majority with patience and the occasional bout of rage.

Through this parallel universe, Dhaliwal comments on race, difference, beauty, and belonging, touching on all of these issues with her distinctive deadpan humour steeped in millennial references. Cyclopedia Exotica is a triumph of hilarious candor. 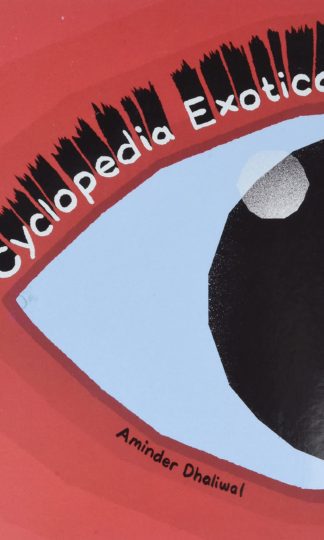 You're viewing: Cyclopedia Exotica RM119.90
Add to cart
Join Waitlist We'll alert you as soon as the product comes back in stock! Please leave your email address and quantity sought in the fields below.