First published in 1949, George Orwell’s Nineteen Eighty-Four has lost none of the impact with which it first hit readers.

Winston Smith works for the Ministry of Truth in London, chief city of Airstrip One. Big Brother stares out from every poster, the Thought Police uncover every act of betrayal. When Winston finds love with Julia, he discovers that life does not have to be dull and deadening, and awakens to new possibilities. Despite the police helicopters that hover and circle overhead, Winston and Julia begin to question the Party; they are drawn towards conspiracy. Yet Big Brother will not tolerate dissent – even in the mind. For those with original thoughts they invented Room 101. . . 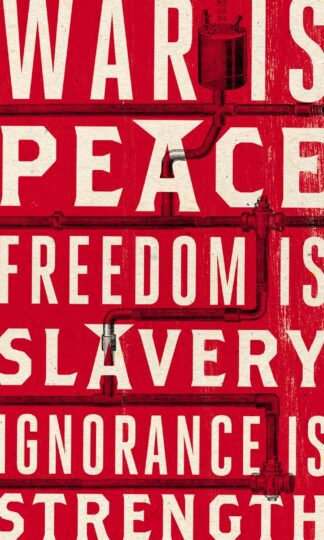 You're viewing: Nineteen Eighty-Four (Anniversary Ed.) RM69.95
Add to cart
Join Waitlist We'll alert you as soon as the product comes back in stock! Please leave your email address and quantity sought in the fields below.